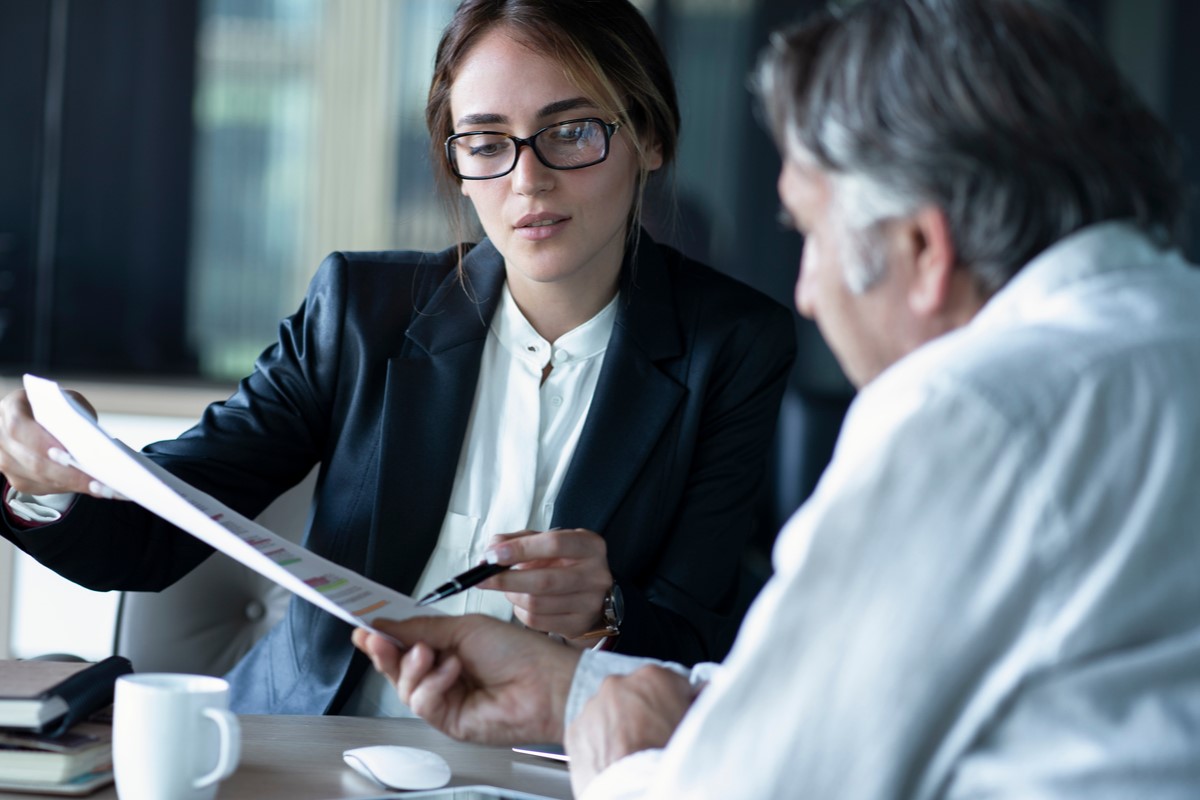 By Samuel B. Silverman and Vishal K. Chhabria

Responding properly to a Request for Evidence (RFE) or a Notice of Intent to Deny (NOID) is essential to the success of a petition. When USCIS issues one of these, the recipient must offer a satisfactory response or risk the petition being denied. But what constitutes a satisfactory response? And what are the processes and practices that result in a successful outcome?

Each RFE and NOID is unique, and each response requires a custom-tailored approach. By following RFE and NOID best practices, petitioners will be much more likely to receive positive adjudications on their petitions. The RFE and NOID response process should involve coordinating a response team, assembling the required evidence that responds to the specific issues outlined in the RFE or NOID and then filing the response by the deadline.

Consulting an experienced and knowledgeable EB-5 expert — whether a consultancy firm or a qualified attorney — is key in preparing an effective response to an RFE or NOID. An expert who can handle the entire process in-house is best. For investor-specific RFEs or NOIDs, the investor’s immigration attorney will also need to be part of the response process.

If a petitioner opts to respond to an RFE or NOID on his or her own, assembling a team of qualified individuals to handle different parts of the process is vital to success. Documents like the business plan and economic report may need updated financial information and may need to be compiled. Budgets may need to be updated, schedules clarified and third-party verification obtained. Additionally, the process will require a professionally drafted cover letter and a well-organized set of exhibits. Careful proofreading is also important.

The complex nuances in crafting a successful response require the right team from the beginning. Coordinating an effective team is the single most important element of the response process. The right team will know how to respond to every issue raised by USCIS and will be able to do so on time.

RESPOND TO EACH ISSUE INDICATED BY USCIS

RFEs are, by definition, requests for additional evidence necessary for USCIS to adjudicate a petition. Responding to RFEs involves reviewing the list of requests and carefully providing the necessary evidence. NOIDs, on the other hand, demonstrate some kind of systemic problem with a petition and will likely require a more intensive solution that might involve extensive revisions to documents, additional third-party supporting documentation and other evidence.

Whether responding to an RFE or a NOID, a detailed, forensic response is necessary. A well-written cover letter is needed to offer clarifications, amendments and specific arguments that narrowly address each issue brought up by USCIS. The cover letter will need to then point to cleanly organized exhibits that support every clarification, amendment and argument. Sometimes an RFE or NOID includes a request for clarification about how a particular piece of evidence does indeed demonstrate compliance with the requirements of the EB-5 program. In such cases, citing the law, USCIS memorandums and similar documentation is helpful and often necessary to prove that the original evidence is valid. An immigration attorney or qualified EB-5 consulting firm may be needed to adequately address such issues.

In addition to clarifications, RFEs and NOIDs often require updated documentation, which may involve significant revisions to the business plan, the economic report, offering documents, budgets, schedules and similar documents. Any changes made in response to an RFE or NOID must be carefully documented in the response cover letter. Other documents may also need to be gathered, such as permits, receipts, bank records, land deeds and letters of intent. Compiling these additional documents into a comprehensive but easy-to-follow set of exhibits is an important part of the process, and properly citing these exhibits within the cover letter, as part of the response to individual issues expressed by USCIS, is essential.

SUBMIT THE RESPONSE BY THE DEADLINE

USCIS provides an envelope for RFE and NOID responses. This envelope has a barcode printed on it that USCIS uses as it continues to process the case, and so it should be used if the entire response — including a copy of the RFE or NOID, the cover letter and all exhibits — fits inside. If the response documents do not fit, the provided envelope should be added to the top of the response packet to prevent any delays in processing.

The response should be sent using priority or certified mail that offers delivery confirmation, which serves as proof that USCIS received the RFE or NOID by the deadline. Next day or overnight delivery may be necessary if submitting the response on or near the deadline. The response must be filed in a timely fashion.

As an example of these best practices, consider a NOID issued by USCIS to an individual EB-5 investor who invested in a major hotel renovation project in New York state. The investor was issued a NOID in response to her Form I-526 filing. In that NOID, USCIS indicated that the investor had failed to establish her eligibility under the EB-5 program for the following reasons:

(B)The mailing address on Form I-526 was shared by other investors in the same project.

(C)The invested capital was not sufficiently linked to the entity most closely responsible for job creation.

(D)The evidence did not establish that the invested capital was obtained and exchanged lawfully.

(E)The business plan was not Matter of Ho compliant.

In this case, the investor worked with her immigration attorney and hired an experienced EB-5 consulting firm to help handle the NOID.

Best Practice #2: Respond to Each Issue Indicated by USCIS

Point (A) was dealt with by the investor’s immigration attorney and required the completion of Form I-526, which was missing answers for page 5, questions 10 through 20, and page 6, question 11. Point (B) was also handled by the immigration attorney and involved clarifying through documentary evidence that the investor did indeed live at the address listed on her I-526 petition. Point (C) was addressed by the EB-5 consulting firm. The primary issue raised in this section was insufficient evidence that the investor’s capital actually went to the job-creating entity (JCE).

The response by the consulting firm first included an update to the sources and uses chart, which served in part to identify the JCE and evidence the flow of funds from investors to the actual renovation project. This updated chart was referenced in the cover letter and included as an exhibit.

Next, the response provided annotated bank records that showed the transfer of funds from the EB-5 investors into the bank account of the new commercial enterprise (NCE) and the subsequent transfer of funds from the NCE’s account to the JCE’s account. The response also indicated the date on which the investor’s capital contribution of $500,000 was deposited into the NCE’s bank account and the related transaction number. Each of these details from the cover letter pointed to the actual annotated bank records included as an exhibit to the response.

A secondary issue raised by USCIS in point (C) was the lack of a construction loan agreement, which the business plan indicated would be included in the filing. Thus, a construction loan letter of intent and term sheet was included in the response package as an exhibit and was referenced in the cover letter. Point (D), which required further evidence of the lawful source and path of the investor’s funds, was handled by the investor’s immigration attorney. Addressing this issue required clarifying some inconsistencies in statements between Form I-526 and a letter accompanying that form. USCIS also required further evidence that a gift from the investor’s father used in the investment was lawfully acquired by the father. The attorney included as an exhibit evidence of the father’s employment and tax history.

Point (E), which was handled by the EB-5 consulting firm, included a list of several issues regarding specific assertions in the business plan and its supporting documentation. As a result, responding to this set of issues involved revising the business plan to correctly portray the updated project circumstances, such as the construction timeline and budget. The revised business plan was included in its entirety as an exhibit. The economic impact report also had to be revised and was included in the response package.

Within the response cover letter, the EB-5 consulting firm worked through each of the issues raised by USCIS one by one, offering clarifications, explanations and evidence supporting each assertion. This evidence included updated schedules, permits and licenses, a letter of intent, business registration documents, a land deed, a developer equity contribution letter and other relevant documents, all of which were referenced in detail within the cover letter and included as exhibits to the response.

Best Practice #3: Submit the Response by the Deadline

Several days before the deadline, the EB-5 consulting firm finished its work drafting the cover letter and compiling the set of exhibits. It then electronically transmitted this material to the investor’s immigration attorney. The attorney had likewise prepared the necessary documentation to address points (A), (B) and (D), and, upon receiving the material from the EB-5 consulting firm, he integrated his work into the document package. The attorney then timely filed the completed response.

Samuel B. Silverman leads the EB5 Affiliate Network (EB5AN.com), a national leader in EB-5 project documentation and EB-5 regional center consulting with 15 USCIS-approved EB-5 regional centers covering 27 states. EB5 Affiliate Network partners with best-in-class developers across asset classes to offer comprehensive EB-5 solutions. Prior to founding EB5AN, Silverman worked as the director of corporate strategy for professional golfer Jack Nicklaus and as a management consultant for the Boston Consulting Group. Silverman holds a B.A. in economics from Yale University and an MBA from Stanford University.