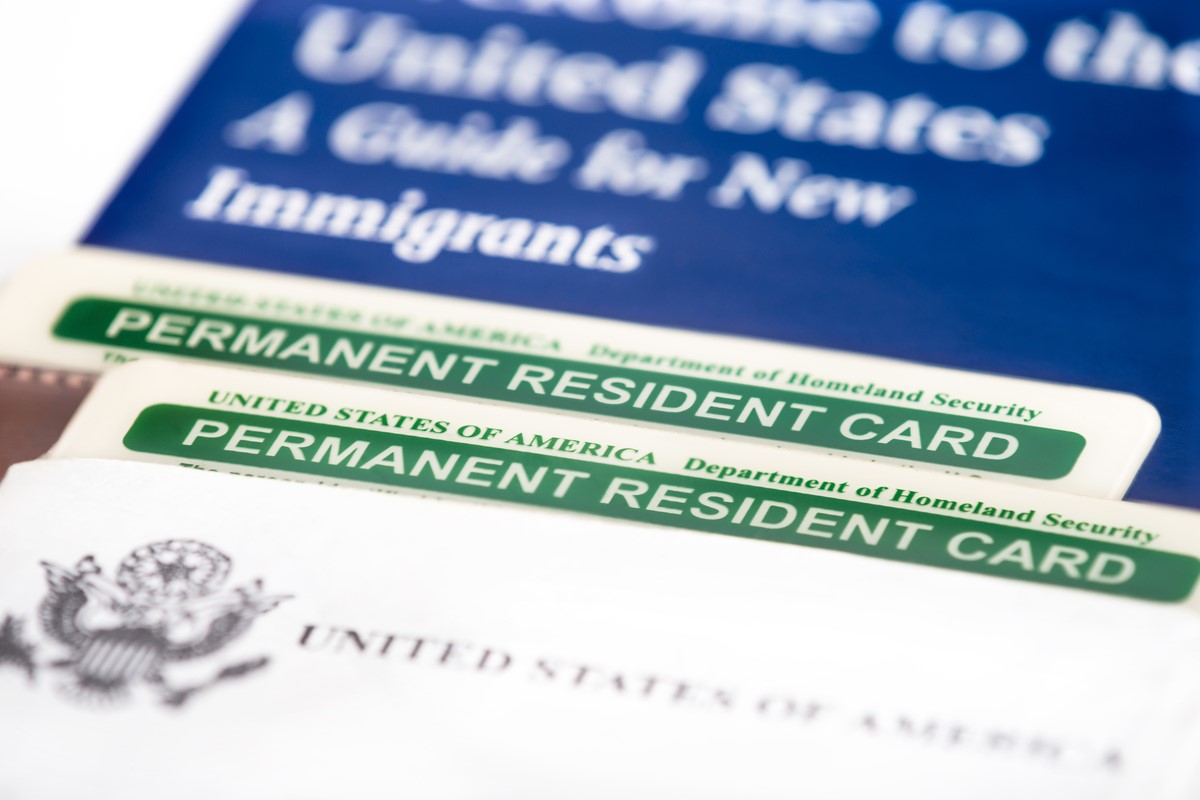 President Chester A. Arthur signed the Chinese Exclusion Act of 1882 on May 6, 1882. It was one of the most significant restrictions in U.S. history, prohibiting the immigration of Chinese laborers. For the first time, U.S. law denied entry of an entire ethnic working group on the premise that it endangered the good order of the country. To understand the motivation behind this landmark decision, it is important to understand the historical context of the ruling. During the California Gold Rush of 1848-1855, Chinese immigrants entered North America in large numbers to work on massive labor and construction projects like the First Transcontinental Railroad. But when gold supplies diminished and the U.S. economy declined, tolerance toward Chinese workers evaporated. The 1943 Magnuson Act finally repealed the Chinese Exclusion Act, at a time when China became a U.S. ally against Japan during World War II. The Magnuson Act allowed Chinese nationals already residing in the country to become naturalized citizens and allowed a national quota of 105 Chinese immigrants per year.

U.S. immigration laws have changed considerably since 1882. Following the huge decline in immigration during the global depression of the 1930s and World War II (1939-1945), U.S. Congress passed special legislation enabling refugees from Europe and the former Soviet Union to enter the United States. In 1965, Congress passed the Immigration and Nationality Act, which eliminated quotas based on nationality, although the law (and later amendments) did set an annual worldwide limit. Today, there are many ways by which a person may obtain lawful permanent resident status (green card) in the United States. People from all over the world are seeking lawful permanent resident status in record numbers through the multitude of available immigration options, including the EB-5 Immigrant Investor Program.

A permanent resident of the United States may move freely to and reside in any of the nation’s fifty states. He/she may also travel freely to and from U.S. territories like Guam, Puerto Rico and Saipan. Permanent residents are permitted travel to a number of countries without the need of a visa, regardless of his/her citizenship. These countries include, but are not limited to Canada, Mexico, the Bahamas, Bermuda, and the Cayman Islands. It is important to remember that a person’s permanent residency status in the U.S. does NOT negate the need for a visa to a foreign country. Visa reciprocity is based on the citizenship of the traveler.

As a permanent resident, it is important to maintain the United States as a permanent home. While temporary or brief travel out of the United States usually does not affect a person’s permanent resident status, permanent residents must not abandon their residency. A general guide used is whether a person has been absent from the United States for more than a year, but abandonment can be determined even as a result of trips of less than a year. U.S. officials will consider such criteria as whether the intention was to visit abroad only temporarily, and whether U.S. family and community ties and U.S. employment were maintained. Therefore, to convincingly demonstrate the preservation of a U.S. residence, permanent residents should consider the following: 1) maintaining a home occupied by the permanent resident and his/her family (do not rent it out to others); 2) maintaining all utilities on the home; 3) maintaining U.S. bank account(s) in which there is/are significant deposits (over US$10,000); 4) maintaining a U.S. diver’s license; 5) maintaining insurance (auto, home, life, and healthcare); 6) paying local and U.S. taxes; 7) enrolling a child in school (if applicable), 8) owning additional property an/or a business; 9) maintaining a U.S. investment account; and 10) maintaining a membership in a health club, organization, or community group. This is not an exhaustive list and there is no minimum number of factors that must be present in order to prove the intent to maintain U.S. residency. However, the more factors present, the more convincing your continued ties to the United States.

A person can become a U.S. citizen after having been a permanent resident for at least five years. However, to be eligible, an applicant must have: resided continuously as a permanent resident in the United States for at least five years prior to filing with no single absence from the country of more than a year (filing after four years and nine months of residency is permitted); been physically present in the United States for at least 30 months out of the previous five years (absences of more than six months but less than one year may disrupt the applicant’s continuity of residence unless the applicant can establish that he/she did not abandon his/her residence during such period); and been residing in the state in which he/she is applying for at least three months.

U.S. citizenship offers the following non-exclusive list of benefits and duties: 1) the right and ability to help overseas family members legally immigrate to the United States (relatives of citizens are generally given priority by USCIS and children under 18 are automatically given U.S. citizenship when their parents become citizens); 2) the right to vote and to be a candidate in most elections; 3) access to jobs in the U.S. federal government; 4) unrestricted travel to and from the United States, including unlimited absences; 5) protection against being deported, even if convicted of a serious crime; and 6) access to government financial aid, including grants for education, available only to citizens.

Procuring the best educational opportunities for their children motivates many Chinese immigrants. Referred to as “in-state’ or “resident”, permanent residents pay sometimes 3 or 4 times less tuition for university and college than foreigners. It is important to note, however, that many universities and colleges require a minimum 1-year residency in the state before allowing a student to be considered “in-state” for tuition purposes. Permanent residents are also eligible to apply for U.S. government education loans like the Federal Direct (Stafford) Loan, which offers a maximum of US$20,500 per academic year for students who are enrolled at least halftime in a degree program. The loan is non-need-based, which means that an applicant does not have to demonstrate a specific financial need. Generally, repayment is deferred until 6 months after graduation or when a student ceases to be enrolled at least halftime in a degree program.

Additionally, a large number of corporations and organizations offer hundreds of millions of dollars in university and college scholarships each year. While the eligibility requirements are as varied as the scholarships themselves, they all require one thing: that the applicants be either U.S. citizens or permanent residents.

The benefits for permanent residents are not restricted to higher education; permanent residents are also entitled to enroll in primary and secondary public schools, free of charge. In fact, the United States places such a premium on early education that each state has a “compulsory education law”. Varying by state, the law generally requires that students from age 8 through age 18 must be enrolled in and attending school full time. Alternatively, they may be educated at home as long as they are instructed according to an approved teaching material.

The job and business opportunities available in the United States are also a strong motivating factor for immigrants. Permanent residents do not require job sponsorships to work in the United States. They are permitted to work in any company located in U.S. territory regardless of job function or hours worked per week. The only exception is that jobs involving national security are generally only available to citizens, though some with low-level security clearance requirements are available to permanent residents. Most, if not all states, only grant professional licenses (e.g. real estate agent, insurance agent, financial/investment advisor, etc.) to those U.S. citizens and permanent residents.

Buying a home is considered a major milestone in the United States. Most people have to obtain a bank loan or mortgage in order to purchase their home. Those who do not have permanent or temporary residency will find it difficult, if not impossible, to get a home mortgage because of strict regulations. Before the 2007 – 2009 recession, the rules concerning the borrowing of money were easier, allowing foreigners and undocumented aliens to obtain mortgages. This has changed. Now, except those in major cities like Los Angeles and New York, U.S. banks seldom lend to foreign nationals who are non-green card holders for mortgages. Non-immigrant visa holders are eligible for some, but not all mortgages if they have approved visa classifications (diplomats, government workers, those with visas working in the U.S. under trade treaties, etc.). Non-citizens and non-permanent residents who are eligible for mortgages usually face less favorable interest rates, terms, and down payment amounts.

Due to skyrocketing medical costs and the financial burdens associated with a head of family’s death, health and life insurance are necessities in the United States. Many insurance companies require prospective policyholders to at least be permanent residents. Qualified family members (spouse and children) can be included in any life or health insurance plan purchased by a permanent resident.

Finally, permanent residents are entitled to Social Security benefits when they retire if they have worked a minimum of 10 years. Signed into law by President Franklin Roosevelt in 1935, Social Security provides a foundation of retirement income for workers as well as valuable social insurance protection to workers who become disabled and to families whose breadwinner dies. To be eligible, a worker must pay Social Security taxes, which in turn earns him/her “credits”, for a maximum of 4 credits per year. A person with sufficient credits may collect Social Security retirement benefits as early as age 62, but the benefit will be about 25 percent lower than what it would be if he/she waits until reaching full retirement age (67 years of age for those born 1960 or later). It is important to note that a non-working spouse who has reached the age of 62 can collect Social Security based on the working spouse’s earnings record, BUT only after the working spouse has filed for benefits.

Permanent residents are also eligible for participation in Medicare, the United States’ health insurance program for people 65 or older. Like Social Security retirement benefits, Medicare is financed by a portion of the payroll taxes paid by workers and their employers. It is also financed in part by monthly premiums, usually deducted from Social Security benefits checks. A person qualifies for Medicare if he/she if 65 or older and if he/she or his/her spouse has worked long enough to be eligible for Social Security retirement benefits, even if that person is not yet receiving benefits. A person can qualify for Medicare on his/her spouse’s work record if the spouse is at least 62 and the applicant is at least 65.

Nelson K. H. Lee is a partner in Lee & Lee, PS. Mr. Lee is a former Senior Deputy Prosecutor with the King County Prosecuting Attorney's Office. In 2010, Mr. Lee left the Prosecutor's Office to start his own practice. His goal was to create a firm that would provide legal services to his community in the private sector.