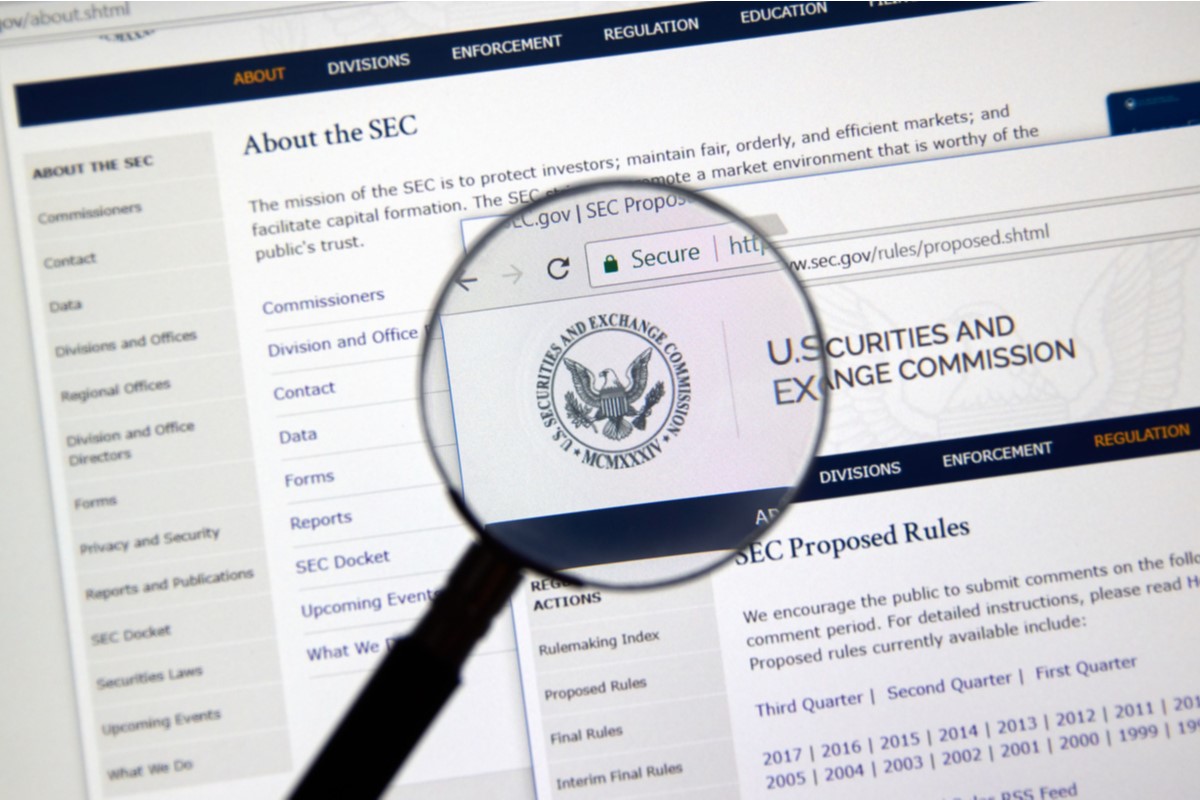 The Securities and Exchange Commission (SEC) is entrusted by the public to protect investors by investigating, and when necessary, enforcing federal securities law. Despite the fact that most people associate the term “securities” with publicly traded stock, the term is much broader. The Untied States Code defines “security” to include any note, stock and investment contract, in addition to numerous other evidence of indebtedness. The Supreme Court in SEC v. W.J. Howey Co. established a test for determining whether a product, such as an EB-5 program is a security under federal law. To pass the test, the following three elements must be met: (1) an investment of money has been made; (2) in a common enterprise; and (3) the investor has an expectation of profits, which profits are expected to arise solely or substantially from the efforts of the promoter or third party.

The SEC has routinely held that the Immigrant Investor Program, better known as the EB-5 program falls within the purview of the SEC. As recent actions emphasize, the SEC takes fraud and any complaints of fraud or misrepresentation within the program seriously and will not shy away from government enforcement actions. As the SEC continues its pursuit of fraudulent activities in connection with the EB-5 program, it is important for anyone involved in this program to be aware that SEC enforcement is on the rise and even careless errors in failing to comply with SEC regulations can have disastrous consequences for those who may be viewed as selling securities. However, SEC regulations and enforcement provide the invaluable service of protecting investors and companies alike.

The typical SEC investigation can start in one of two ways. First, an investigation can start from a lead generated by an investor in the EB-5 program. If an investor feels he or she is being misled by the principal, promoter, or anyone else associated with the investment, the investor may voice his or her complaint with the SEC. Typically, in this scenario, the investor feels that the nature of the investment has been misrepresented. Often this can occur because of language barriers between the investor and the person selling the securities. Typical representations that are certain to draw the attention of the SEC include “guarantees,” “promises” or obscenely high returns on investments. These representations are indications of fraud that the SEC commonly sees in many cases. To protect themselves from SEC inquiry, developers and marketing teams should make sure that they are offering no promises to investors that contradict EB-5 or SEC regulations.

Along these lines, the SEC will view material omissions made to investors as a warning sign of possible fraud. In this regard, the SEC will closely scrutinize the Private Placement Memorandum (“PPM”) to determine if it clearly and truthfully lays out the objectives, risks and terms of the investment. The purpose behind a PPM is to provide buyers with information regarding the offering and to protect the seller from liability by fully disclosing the investments and risks associated thereof. The failure to disclose all material risks, or the absence of a PPM, is an event that could pique the interest of the SEC and cause the agency to investigate an offering further. Specifically, a common pitfall a company may face is the failure to openly disclose commissions paid to brokers as a finder’s fee for bringing in new investors into an EB-5 program. Oftentimes, the commission actually paid is excessive compared to industry standards. Instead of the typical 10-15 percent commission, undisclosed commissions often range anywhere from 30-40 percent or sometimes even higher. The SEC views this kind of omission as material because disclosure of this fact could impact whether the average investor would invest in that particular security.

Another area of concern for the SEC is the possibility that investor funds are not being used for their stated purpose and are being used for either (1) personal use; (2) to pay back other investors; and/or (3) other non-disclosed uses. It is extremely important that the funds are used in a manner consistent with what investors are told. Even the slightest deviation in the use of funds from the manner described, no matter how innocent, may be construed as material deviation.

The second way an investigation can start is with an internal exam or tip from another governmental agency. USCIS is responsible for regulating the EB-5 and other visa programs. Another similar agency, the Department of Labor (DOL), administers and regulates labor laws and wages in both public and private employment. If USCIS or the DOL suspects or becomes alerted to possible fraud, it may approach the SEC. At this point, the SEC will use the information provided to it from USCIS or the DOL to commence its own investigation.

Under either approach, the first step the SEC will take will be to talk to investors within the EB-5 program. The SEC will ask investors questions about what they were told, what documents they were given, what money they have been paid and other pointed questions designed to help inform the SEC whether there is an ongoing fraud. If after talking to investors, the SEC determines further inquiry is warranted, it may attempt to call the brokers and/or principals of the EB-5 project and solicit information from them as well. The SEC may also decide to use its subpoena power and subpoena individuals to provide documents, including but not limited to, emails with investors, documents identifying investors within the EB-5 program, corporate formation documents, executed documents between the company and the investors and financials of the company.

Generally, the subpoena represents the first time the company becomes aware of any investigation by the SEC. At this juncture it is imperative for anyone receiving a subpoena to contact an experienced SEC defense attorney. Interfacing with the SEC without the assistance of an attorney can be very dangerous and can lead to a disastrous result. Attorneys with a concentration in SEC enforcement can assist in determining what issues the SEC are looking at and work with the SEC to alleviate any concerns it may have. Additionally, counsel has the added benefit of acting as a buffer between the company and the SEC. Without this buffer, any statements made by the company to the SEC can and will be used against it.

It is important to note that at this point, the investigation is only that, an investigation. Suit has not been filed and the SEC is still in the process of determining whether to proceed with that route. Having counsel present when testimony is given is extremely important. After testimony has been completed, the SEC may continue its investigation by requesting follow-up information or additional documentation. If the SEC seeks to continue, it may elect to file suit in Federal Court or administratively.

An example of an SEC suit involving an EB-5 program can be found in a recent case SEC v. A Chicago Convention Center, et al. No. 13-cv-982 (N.D. Ill. Feb. 6, 2013). As most industry stakeholders already know, the SEC began an investigation after receiving a tip from the SEC whistleblower program in late 2012. In its complaint, the SEC claims that the companies and its principals misled investors for the purpose of enticing them to invest. Specifically, investors were promised a return of their administrative fees in the event the EB-5 visa applications were denied. However, in actuality, investor money was spent on personal items prior to these applications ever being submitted.

The SEC ultimately filed suit, and in March 2014, the U.S. District Court entered a judgment against defendants. In sum, the defendants raised approximately $158 million from nearly 300 investors who sought a route to gain citizenship through the EB-5 program as part of a fraudulent offering.[1]

For one of the defendants, Anshoo Sethi, his legal problems did not end there. In August 2014, a federal grand jury brought criminal charges against him for his role in this scam EB-5 project.[2] The indictment charged Sethi with eight counts of wire fraud and two counts of making false statements. Additionally, the indictment seeks recovery of an additional $11 million in administrative fees – $41,500 per investor – that Sethi collected. Sethi allegedly told investors that their money was “fully refundable” if their visas were not approved, and that their money was going to be used solely for project expenses, but instead it was used for luxury personal items. Conviction on each count of wire fraud carries a maximum penalty of 20 years in prison. Each count of making false statements could carry a maximum sentence of five years in prison.

In another recent case, SEC v. Marco A. Ramirez, et al., No. 7:13-cv-00531 (S.D.T.X. Sept. 30, 2013) (Dkt. 1), the SEC brought suit against a husband and wife in Texas for allegedly stealing funds from foreign investors under the guise of an investment opportunity to create jobs and a path to U.S. residency. The defendants guaranteed investors a 5 percent return on their investment in addition to the acquisition of an EB-5 visa. The SEC alleged that these statements occurred and investors were solicited before the business was even designated as a regional center. Instead of holding investor money in escrow like the defendants represented, the SEC contends that they used this money for personal items. Ultimately, the investors failed to receive conditional permanent residency. This case is still pending.

The SEC has not hidden its agenda to target the EB-5 program. More often than not, tips to SEC come from unhappy investors. Investors, who receive the run around or who do not receive timely payments often turn to the SEC in an effort to shed light on what they view as barriers to transparency. Other times, with public companies, SEC filings may trigger an examination into possible illegal conduct. It is therefore imperative for individuals suspected or contacted by the SEC or other agencies to take proactive steps to protect themselves from possible exposure. Contact from the SEC will generally come through subpoenas, examiners, or attorneys seeking to speak to certain witnesses and/or potential defendants. Once the SEC is involved, it will investigate, and often times seek administrative or civil action. Experienced defense counsel can be invaluable to helping one understand and work through the process to protect not only him or herself but also to protect the viability of the investment. One thing is clear: the SEC intends to protect investors and legitimate companies alike, by identifying and preventing fraud within the EB-5 program.