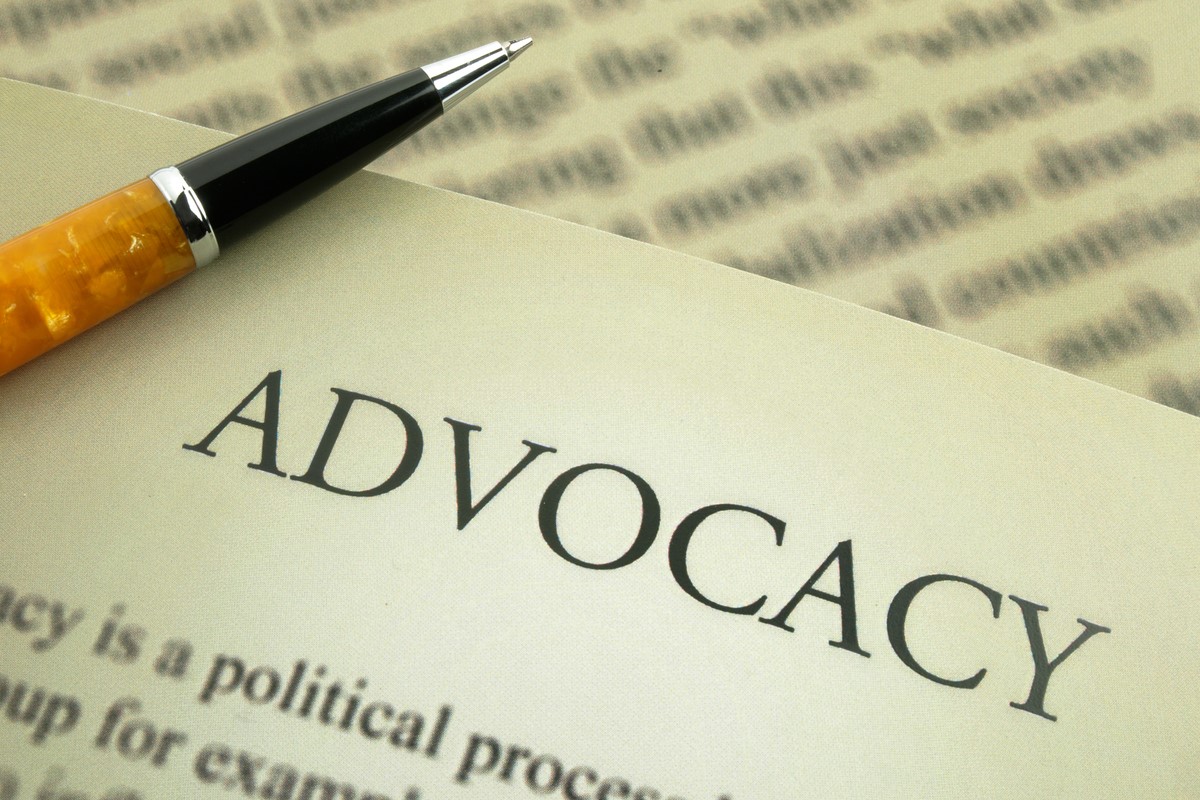 Though the EB-5 industry has been anticipating the shortage of EB-5 immigrant visas, many in the industry sounded alarm bells when FY 2014 visas for Chinese nationals actually ran out at the end of August 2014. A sense of urgency enveloped the industry; investors, agents and project principals alike called and emailed to ask what can be done. Should we call congressional representatives? Can President Obama do anything? Stakeholder concern over visa availability is reasonable, but we must not lose sight of the big picture as we advocate for changes in the immigration system and advocate for our foreign investor clients.

This article posits that EB-5 practitioners should adjust our advocacy – on behalf of the EB-5 industry and individual clients – to account for the new reality of visa unavailability. Specifically, the EB-5 industry should advocate for reform of the overall employment- and investment-based immigration, not just of the EB-5 program, as this would bolster the impact of our advocacy efforts and result in desired changes in the EB-5 program. Further, EB-5 investors and their representatives should recognize there are other visa categories that foreign investors can utilize in achieving their long-term goal of a green card.

Section 201 of the Immigration and Nationality Act (INA), 8 U.S.C. §1151, provides for an annual worldwide level of 675,000 immigrant visas (IV, lawful permanent residences, LPR, aka “green cards”).[1] Certain LPRs are excluded from this numerical limitation, so the number of LPRs registered each year is likely closer to 1 million.[2]

Of the annual immigrant visas proscribed by the INA, 140,000 are allocated for employment-based immigrants. These 140,000 visas are split up among the five EB preference categories, of which employment creation is the fifth category (EB-5). The numerical allocation of IV is rather complex, but generally, preference categories 1 through 3 (priority workers, advanced degree holders or persons of exceptional ability, and professional/skilled workers, respectively) are each allocated 28.6 percent of worldwide limit (roughly 37,520 IVs plus any unused visas from the preceding preference).[3] The fourth and fifth preference categories (special immigrants and employment creation investors, respectively) are each allocated approximately 10,000 IVs annually or 7.1 percent of worldwide limit. In addition, when a category reaches its annual allocation of visas, per-country limitation takes effect, requiring that no more than 7 percent of worldwide visas in a single category be allocated to any one country.[4] This statutory per-country limitation for EB-5 visas has always been in place, but it was of no consequence until this year when the overall demand for EB-5 visas reached the annual limit. And while the number of EB-5 visas available to Chinese nationals still far exceeds the 7 percent allocation, availability of visas for Chinese nationals is decreasing in order to accommodate demand from immigrant investors from other countries.

The demand for sponsored employment-based visas, temporary and permanent, is undeniably higher than our current immigration systems supplies. The Visa Bulletin for November 2013 shows that oversubscription of EB IV visas in certain categories and countries is more than a decade long, going back to November 2003.[6] The shortage of H1-B visas is also well known, in part because of the tech industry’s considerable efforts to lobby for “skilled workers” in immigration reform.[7]

Two important considerations should be noted from the above brief survey of employment-based immigrant and nonimmigrant visas. The first concerns efforts to increase the number of available visas. As EB-5 legal practitioners or industry leaders, we are concerned with the immediacy of EB-5 visa unavailability. Looking at the big picture, we see that EB-5 immigrant visas (10,000 IVs per year) make up a mere 1 percent of IVs issued each year. Even looking one level up at the overall employment-based IVs (at 144,000 per year), the group size remains miniscule – 14 percent of total IVs issued each year.

For the segment of immigration that sustains our economy, creates jobs and induces growth, EB immigration statistics are alarming. Employment-based immigration warrants a larger slice of the immigration pie and EB-5 leaders should join the efforts to reform the overall EB immigration system. The bigger the overall pie, the bigger the EB-5 slice. I would be amiss not to note that EB-5 industry groups are pursuing considerable and admirable advocacy efforts. But as an industry, we must remember that strength comes from numbers. EB-5 industry should not isolate itself by focusing solely on advocacy of its immediate interests, that is, EB-5 visa availability. We should build alliances and join the advocacy efforts of other proponents of immigration system restructure that favors employment-based immigration.

The second consideration is that of alternative solutions to EB-5 investors’ objective of obtaining LPR. Nonimmigrant visas could meet the investors’ short-term goals, advance their business interests and present a solution to EB-5 LPR unavailability.

A small subset of EB-5 investors resides in the United States on an F or H1-B visa. Immigration attorneys should always consider these two visas for their EB-5 clients, with an understanding that they are likely not the best options for the majority of EB-5 investors. The most logical NIV predecessor to an investor’s EB-5 LPR is the E-2 visa for treaty investors. The E-2 nonimmigrant classification provides a renewable nonimmigrant visa to a national of a treaty country who invests a substantial amount[8] of capital in a U.S. business.[9] Sadly, P.R. China is not a treaty country at this time, so investors from Mainland China are not eligible for E-2 visa. (This is another point on which the industry’s advocacy should focus). However, prospective investors faced with visa unavailability may be well suited for the L nonimmigrant visa.

There are two types of L visa: L1-A visa for “Intracompany Transferee Executive or Manager” and L1-B visa for “Intracompany Transferee with Specialized Knowledge”.[10] Both types of L1 visa allow a U.S. employer to transfer an executive/manager or an employee with specialized skills from its affiliated foreign office to its office in the United States.[11] More importantly, the L1 visa allows a foreign company that does not yet have an affiliated U.S. office to send an executive/manager or a specialized knowledge employee to the United States to establish a U.S.-based office.[12] This ability to obtain an L1 visa in order to set up an office in the U.S. on behalf of a foreign company is likely relevant for some would-be-EB-5 investors. A significant number of EB-5 investors own and operate companies in their home country and, in many cases, their business interests would be advanced through the establishment of a U.S.-branch office. Setting up a company office in the United States would also help the investor transition to a life in the United States and provide them with gainful employment. Additionally, the L visa is considered a “dual intent” visa, thereby allowing holders to pursue LPR status.[13] Like the EB-5 visa, L visas allow the principal applicant to bring their spouse and dependent children to the United States. It should be noted that L1 classification is a viable option for EB-5 investors pursuing either regional center or direct EB-5 investment.

It is generally accepted that the EB-5 program is attractive to foreign investors and an asset to the U.S. immigration system, but it can be made better. As immigration attorneys and advocates for our clients, we have a role in both changing the immigration law to strengthen the employment- and investment-based visa categories and in guiding our clients through the immigration system to achieve their long-term immigration goals. As EB-5 industry leaders, we should look for synergies with other groups so we can bolster the impact our of advocacy efforts and thus better serve our clients.

[5] INA § 214(g)(1)(A). The H1-B annual cap is set to 65,000 plus 20,000 visas for beneficiaries holding advanced degrees. This cap is far below the current demand for the visas. For FY 2015, USCIS received a sufficient number of applications within seven days of starting to accept applications and the received applications were subject to a random selection (lottery) process. See http://www.uscis.gov/news/uscis-reaches-fy-2015-h-1b-cap. Applications for H2-B visas, on the other hand, rarely come near the annual visa cap of 66,000. As of October 2014, FY 2015 cap count shows a total of 9,162 applications have been received. See http://www.uscis.gov/working-united-states/temporary-workers/h-2b-non-agricultural-workers/cap-count-h-2b-nonimmigrants.

[7] One example of the tech industry’s lobbying efforts was the March 2014 letter to President Obama and Congress leaders. The letter was signed by over 100 tech executives, including those from giants such as IBM, Microsoft, Oracle, Intel, Google, and Facebook. http://www.technet.org/over-100-leading-tech-executives-urge-president-obama-and-congress-to-enact-high-skilled-immigration-reform. The Senate’s Comprehensive Immigration Reform bill (S. 744) of 2013 addressed the issue of “skilled workers”, and several additional bills have been introduced in the House focusing on the country caps and an overall increase in the number of available visas. See, for example, H.R. 15, H.R. 2131, H.R. 3163 and H.R. 714. For a succinct summary of immigration reform legislation, see http://www.immigrationpolicy.org/just-facts/what%E2%80%99s-menu-immigration-bills-pending-house-representatives-2014.

[8] “Substantial amount” of capital is not statutorily defined, but most practitioners agree the amount should be $100,000 or more and proportional to the value of the business in which investment is made.

[13] INA § 214(h) provides that an alien who has sought or will seek permanent residence in the United States is not precluded from obtaining an L nonimmigrant visa (NIV) or otherwise obtaining or maintaining that status.

Belma Demirovic Chinchoy is the founding attorney of EB5 Plus Immigration Law, P.C., a boutique immigration law firm based in Beverly Hills, Calif. She is experienced in every facet of the EB-5 process and has worked on over 200 successful EB-5 petitions and applications and navigated complicated RFEs for investor and regional center clients. She also provides legal services in EB-5 litigation, E-1/2, H1-B visas, asylum and VAWA cases.