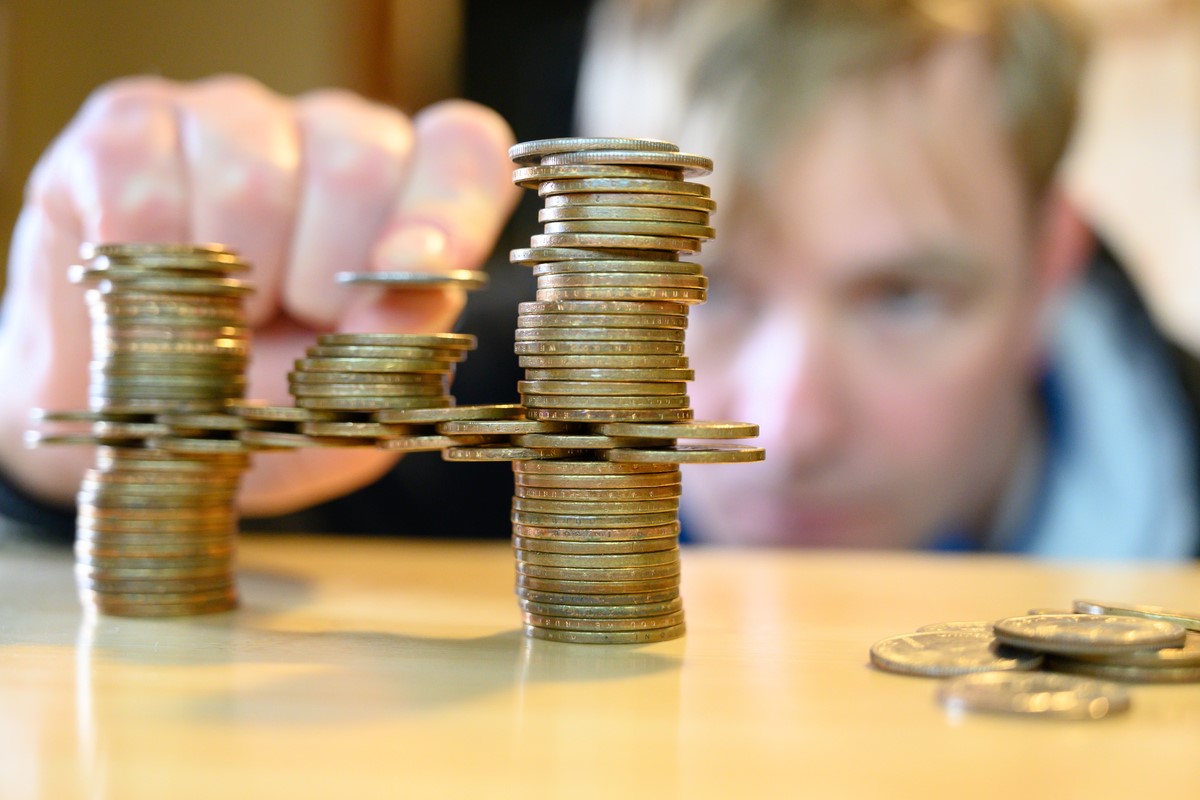 By Kristal Ozmun and Adam Schaye

Bridge financing is an increasingly critical concept in the EB-5 sphere. Its use initially arose from a confluence of market and regulatory factors that independently, may not have resulted in widespread use of bridge financing in EB-5 projects. Today, bridge financing is a vital tool that, when properly structured, enables the use of EB-5 capital in projects that would otherwise be prevented from doing so due to the various factors outlined below. Despite the integral role that bridge financing plays in the majority of EB-5 deals, recent USCIS decisions and a statement of new policy threaten to imperil use of the strategy in EB-5 projects.

THE ROLE OF BRIDGE FINANCING

In theory, the EB-5 program allows a developer or other business owner to conceptualize a project, raise EB-5 capital and then develop the project. As the EB-5 program evolved, however, EB-5 investors increasingly required greater investment security in the form of escrowed capital contributions, released upon approval of their I-526, Immigrant Petitions by Alien Entrepreneurs. In addition, the USCIS began requiring that projects be “shovel-ready,” or imminently starting prior to the filing of an I-526 petition or I-924, Application for Regional Center Under the Immigrant Investor Program. The combination of these requirements meant, in practice that the same developer or business owner had to bring a project to the brink of commencement, wait one to two years for EB-5 capital to be released from escrow, and then complete development of the project. This fact pattern was understandably untenable for many business owners and developers, who began to seek out other sources of financing to start a project, which they then replaced with EB-5 capital as it became available – presenting a standard bridge financing scenario.

The EB-5 market eventually resolved the adjudication timing issue via early escrow release mechanisms. However, market forces acted to ensure that bridge financing remained commonplace in the EB-5 sphere. The reduction in demand from Chinese investors caused by the visa backlog and the dramatic increase in available EB-5 project supply have resulted in much longer raise times for EB-5 offerings necessitating the continued use of bridge financing.

Despite the frequent use of bridge financing in EB-5 projects, there was no law or formal written policy on bridge financing before USCIS’ May 30, 2013 EB-5 Policy Memorandum. Nevertheless, the history of USCIS statements on bridge financing is informative. In December 2011, the Administrative Appeals Office (AAO) terminated Victorville Development, Inc. regional center based on a finding that the new commercial enterprise (NCE) was refinancing an existing project with EB-5 capital and therefore simply preserving jobs rather than creating jobs as required. Notable in the decision is the following statement, “the record does not show that the applicant made a commitment to provide later-stage financing at the outset of the project. Instead, the applicant appears to have decided to commit capital toward later-stage financing only after the initial stages of the project that created the jobs in question were already complete,” which potentially indicates that, had the NCEs disclosed at the outset their intention to replace existing financing with EB-5 capital, the decision might have been different.[1]

On May 1, 2012, USCIS confirmed that EB-5 projects could replace “interim, temporary or bridge financing” with later arriving EB-5 capital and receive credit for the prior job creation.[2] Six months later, on October 16, 2012, Jon Miles from the USCIS Office of the Chief Counsel stated that the most important factor in determining whether a bridge financing scenario is EB-5 compliant is contemplation.[3] That is, the job creating entity must establish that, at the outset, it intended to replace the original financing with EB-5 capital.[4] Put another way, it obtained the original financing in reliance upon the later arriving EB-5 capital.[5] The May 30 EB-5 Policy Memorandum memorialized and expanded this statement of policy adding that if the original financing was short-term and contemplated to be replaced by another form of financing, then EB-5 capital could still be used to replace the original, short-term financing even though it was not the initially intended replacement capital.[6] This second qualifying criterion is harder to interpret and apply though we assume USCIS believes that the requirement for some form of contemplation provides a nexus between the EB-5 capital and previously created jobs. Still, to retain the nexus between EB-5 capital and job creation in a bridge financing fact pattern, documented contemplation of later arriving EB-5 capital remains the best practice.

As discussed, USCIS’s bridge financing pronouncements, in writing and orally, were generally consistent and supported the underlying policy of preserving a nexus between the EB-5 capital and the creation of jobs and thereby preventing use of EB-5 capital to refinance existing projects. However, in recent decisions USCIS has effectively rewritten its prior policy on bridge financing. On the Nov. 7, 2017 USCIS Stakeholders’ Call, USCIS affirmed these troubling changes to the policy stating first that EB-5 capital must be physically transferred to the job creating entity, which can then use the EB-5 capital to repay existing bridge loans. In other words, EB-5 capital cannot be used by an interim entity, likely a mezzanine borrower, to directly repay the bridge financer. Likewise, an NCE should not pay the bridge financer directly, but instead transfer the funds to the job creating entity for immediate subsequent repayment of the bridge funding. Second, USCIS stated that contemplation alone does not create an “incontrovertible” nexus between the EB-5 capital and the bridge financing. Instead, the loan must be temporary in nature; it cannot appear to be permanent.

This revised bridge financing policy would, it seems, be intended to create a stronger nexus between EB-5 capital and job creation. Presumably, USCIS believes that physical receipt and use of the EB-5 capital by the job creating entity creates the strongest nexus between EB-5 capital and job creation giving literal effect to Izummi’s holding that, “[t]he full amount of money must be made available to the business(es) most closely responsible for creating the employment upon which the petition is based.”[7] In truth, such a literal reading of a single sentence in Izummi values form over substance and disregards the underlying rationale for the holding entirely.

Izummi’s facts inform the holding of the case. In Izummi, EB-5 investors made their capital contributions into American Export Limited Partnership (AELP), the new commercial enterprise.[8] AELP then contributed the EB-5 capital as equity to a subsidiary credit company.[9] The credit company, in turn, used the capital to extend loans or secure loans from institutional lenders.[10] Both AELP and the credit company deducted their operating expenses from the EB-5 capital prior to contributing the capital down the chain to the additional entities.[11] Thus, the full amount of EB-5 capital was never contributed to the job creating entities for use in their projects, which, according to the Administrative Appeals Unit, resulted in an impermissible reduction in the statutory investment amount being used for job creation.[12]

One may reasonably and correctly argue that the investment requirement applies only to the investment in the new commercial enterprise; contributing the qualifying investment amount to the new commercial enterprise satisfies the statutory investment requirement.[13] Nevertheless, the real concerns underlying the holding in Izummi are twofold: (1) a potential reduction in the amount of EB-5 capital made available for job creation purposes[14], and (2) the absence of a nexus between the EB-5 capital and the resulting job creation.[15]

Clearly, a contemplated bridge financing scenario eliminates the issues giving rise to the holding in Izummi. Consider the alternative scenario where the key factor for EB-5 compliant bridge financing is the short term of the bridge capital. By way of example, a job creating entity obtains financing for a large, trendy restaurant from an outside investor with a term of one year, which is presumably short-term. The restaurant completes construction in six months and opens for operations, at which point the job creating entity decides to raise EB-5 capital and repay the one year, short-term loan, claiming credit for the jobs created by it. Seemingly, this scenario would comply with USCIS’ current iteration of bridge financing policy. However, there can hardly be said to be a nexus between the EB-5 capital and the jobs created by the original short term loan. Instead, this is simply a refinance of a completed project without any connection between the EB-5 capital and the prior job creation.

[12] Id. at 178 (stating, “[a]s the payment of initial Partnership expenses and costs was not the type of profit-generating activity contemplated by the regulations, no more than $470,000 could be considered to have been “invested.”).

[14] Izummi at 179 (stating, “[t]he Service does not wish to encourage the creation of layer upon layer of “holding companies” or “parent companies,” with each business taking its cut and the ultimate employer seeing very little of the aliens’ money.)

[15] Id. at 179 (stating, “[e]specially where indirect employment creation is being claimed, and the nexus between the money and the jobs is already tenuous, the Service has an interest in examining, to a degree, the manner in which funds are being applied.”)