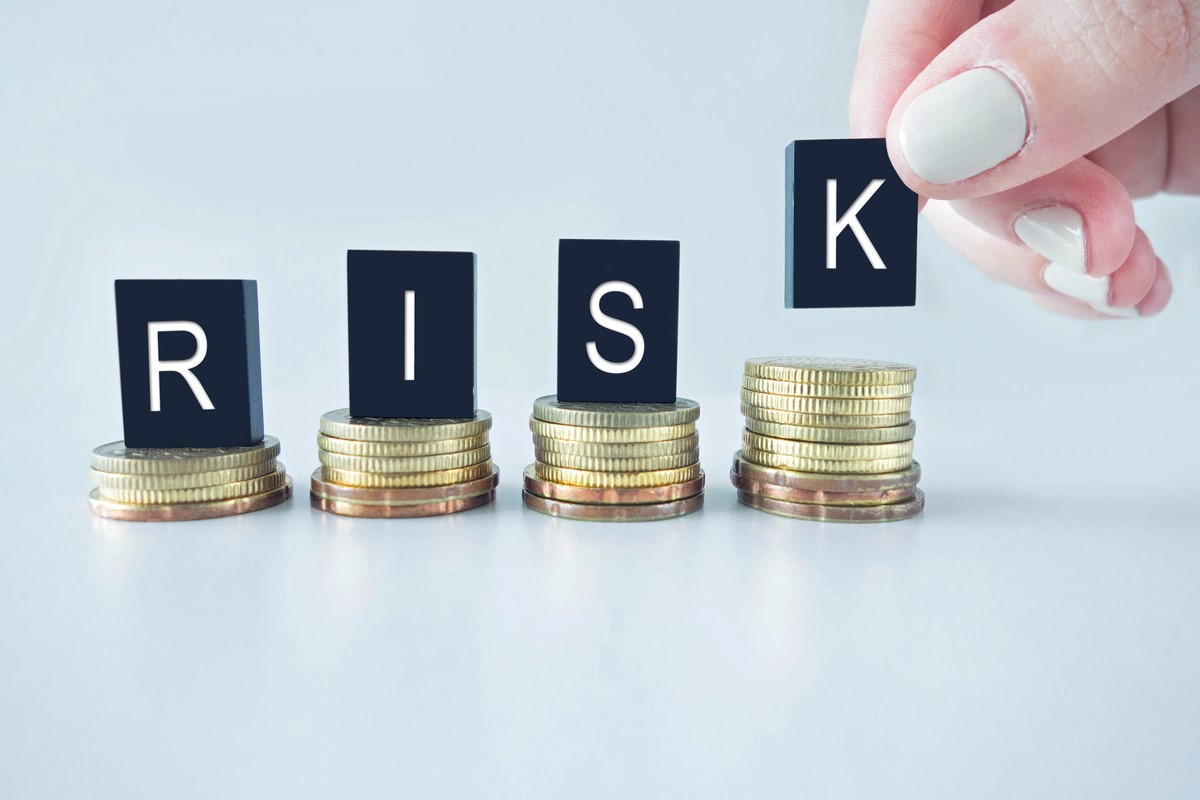 Proof of an investment being “at risk” is an important element of the EB-5 Immigrant Investor Program. A certain element of risk is what demonstrates the immigrant’s commitment to the investment and job creation that are central to the EB-5 program. How to present an EB-5 project as one in which an investment is “at risk,” and yet is not a “risky” project is a challenge that EB-5 practitioners have been grappling with for years. Unfortunately, although the regulations address the “at risk” element, neither the statute nor the existing body of EB-5 case precedents specifies precisely what the degree of risk must be. Because guidance on the matter is incomplete, developers have tested the limits of “at risk”. This article looks at regulations, agency interpretations and two separate cases to analyze what “at risk” means in practice.

The regulations clearly state that an EB-5 visa applicant must have invested or be in the process of investing the requisite amount of lawfully obtained capital at the time of filing their I-526 petition.[1] It is not enough, however, just to demonstrate that the investment is fully committed; additionally, the I-526 investor petition must be accompanied by evidence establishing that the capital has been placed at risk.[2] This regulatory requirement has been in place since the inception of the EB-5 program, however, nowhere in the regulations does it state the exact definition of “at risk,” or what degree of risk is required.

There is no precise definition of “at risk” in the statute; the term is mentioned but not defined in the regulations. In the absence of any express, affirmative definition of the term, there is no authoritative guidance as to what the degree of risk must be to satisfy the “at risk” requirement. The general understanding of what is meant by “at risk” is that the funds must be committed with no guarantee of a return or redemption. When the evidence demonstrates that the investor faces both a risk of loss and a chance of gain, the investment is considered to be at risk.

The Matter of Izummi is the source of the general definition of the “at risk” element, but notably discusses what “at risk” is not, rather than what it is. According to Matter of Izummi, if the immigrant investor is guaranteed the return of the capital investment or a portion thereof, or is guaranteed a rate of return on a portion of his or her investment, then that portion of the capital is not at risk. In Izummi, a partnership agreement permitted the investor to demand a return of capital or redeem some portion of the investment. Here, the EB-5 capital was not considered to be at risk because the investment was governed by a redemption agreement that protected against the risk of loss, and therefore, constituted an impermissible debt arrangement under 8 C.F.R. § 204.6(e). From this decision it is taken that the investor must face a risk of loss in order for their investment to qualify under the EB-5 program.

Using bonds to test the “at risk” waters

Although it may at first appear that the use of bonds violates the “at risk” rule because bonds are often associated with issuers’ general obligation or guaranteed security interests, the conclusion may not be so clear. Take, for example, the Seattle 520 Bridge Replacement Project that raised $47.5 million from 95 EB-5 investors in Washington state bonds to replace the aging State Route 520, a floating bridge across Lake Washington. This is the first occasion in which EB-5 investor funds were used as part of the capital stack to fund a public infrastructure project, and though not without controversy, the exemplar ultimately received approval.

The significance of the Seattle bridge project funding lies in the distinction between the two basic types of municipal bonds: (1) general obligation bonds (“GOB”), which are secured by the full faith and credit of the issuer; and (2) revenue bonds secured by tolls and charges from the facility built.

Inasmuch as general obligation bonds amount to the issuer’s personal guarantee of the return of all or part of the capital invested and the EB-5 regulations prohibit such a guarantee, GOB with the usual 20 year maturity date per se violate the requirements of the EB-5 program. However, a shorter maturation term opens the door to a more nuanced discussion.

In the Seattle bridge project, however, the capital stack combined both GOB and revenue bonds as sources of funding. The project developers relied on the argument that the GOBs posed sufficient risk to investors because of a shorter maturation term. Because EB-5 investor funds were scheduled to be returned in five years, rather than the typical 20, the full recovery of the capital was not certain. This means that the EB-5 investors bear the risks of liquidating the bonds and seeking returns prior to the maturity date, which precludes any guarantee of return.

In addition, the project was structured in such a way that the bonds were purchased by the limited partnership from the primary bonds market. In five years, the limited partnership would sell the bonds on the secondary market based on current market value. The EB-5 investors may not be able to recover the $500,000 investment amount because bond price is subject to market rate fluctuation. Thus, the investors face both a chance to gain and a risk of loss in relation to the return of capital. The investors thus bear liquidity risks (finding a buyer on the secondary market) related to the return of EB-5 capital, including interest rate risks, default risks and other financial risks. Furthermore, if a project is not completed for any number of reasons there remains a risk of loss for the investors.

The authors spoke with the Washington Regional Center and learned the exemplar petition of the bonds structure was approved by USCIS in August 2013. At the time of writing this article, I-526 submissions were still pending.

Another situation where the “at risk” requirement has been tested is in structures that guarantee eventual property ownership to investors. Some potential EB-5 investment project offerings include a “reservation agreement,” so that in the event that the project fails, the investor will still be compensated with a unit of the existing real estate. Unlike the example above, this sort of practice has been found to violate the investment “at risk” requirement.

The authors have examined several project scenarios employing an arrangement where a portion of the investors’ funds would be utilized to purchase already-constructed vacation suites requiring renovation and remainder of the EB-5 funds would be used for the construction and renovation of the common areas. The Administrative Appeals Office (AAO) has deemed a similar case as not in compliance with EB-5 regulations, stating that such a proposal “is a marketing strategy to attract buyers for vacation suites rather than investors of capital in a new commercial enterprise.”[3]

The AAO denied the structure because guaranteeing ownership of a property unit through investment is a form of guaranteed return which does not meet the investment “at risk” requirement. Looking back to the guidance offered by Izummi, for the capital to be at risk, there must be a risk of loss and a chance for gain. The promise to guarantee the investment by property ownership negates the risk of loss element.

When trying to determine whether such an investment is actually at risk, the following should be taken into account:

The project proposal should be crafted in such a way that the component parts are viewed as a whole enterprise in which the investors are making their investment and for which jobs are going to be created, and the investor needs to establish that the risk at which his/her investment is placed is tied to the successful development of the whole project. The proposal must avoid the appearance that the investors will be making individual investments in separable aspects of the development of the property (e.g., purchasing private property).

The funds to be invested should not be able to be viewed as supporting future development or later phases of the project, but must be directly and integrally tied to a project created by the pooled funds held by the enterprise. Likewise, the evidence of job creation needs to be tied to the number of jobs associated with the specific commercial development of the project.

In reality, the structure and description of a large-scale hospitality development project that involves the use of pooled investment funds should be expected to generate the evidence necessary for an investor to document the type of at-risk investment in a new commercial enterprise that is required for EB-5 approval.

The “at risk” discussion offers a direct foil to immigrant investor programs in other countries, where in many cases, the return of the investment is guaranteed. The very elements of investment “at risk” that have caused investors to be cautious of EB-5 have actually proven to be an advantage. The EB-5 program in the United States has avoided all of the vices that caused the halt of the Canadian program. The EB-5 program compels the investors to invest “new money” into mostly privately owned new commercial enterprises, the investment is placed at risk and the return of the funds or a portion of the funds cannot be guaranteed in any form. The funds are invested into job-creating and economic development initiatives. Such a structure mitigates the government’s risks in underwriting the projects and conducting due diligence, leaving the project assessment and due diligence to the private sector. Investment “at risk” and the actual capital commitment are legal safeguards to attract new foreign investment to the United States, allowing the EB-5 program to provide alternative financing to high-risk and low-return privately-owned projects that otherwise may not be funded.