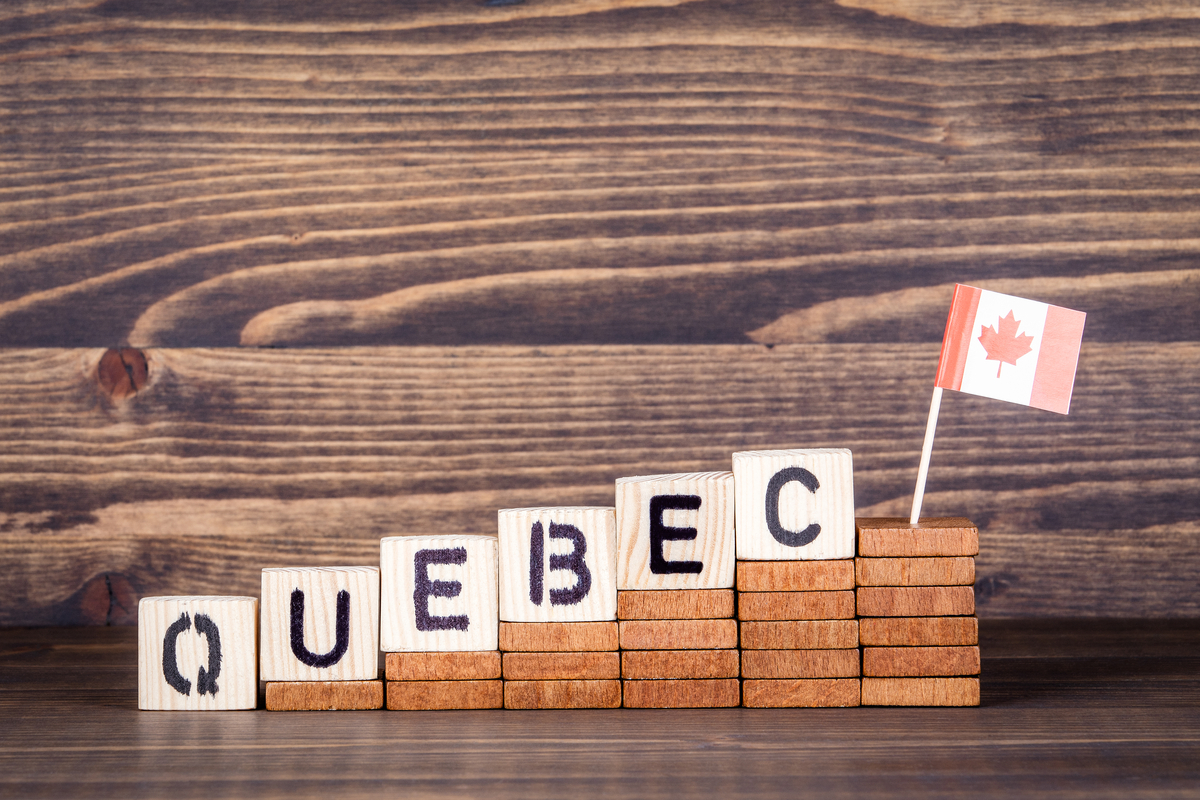 The most European province of Canada – Quebec - is open for business. But for how long?

Based on a secure, entirely predictable and passive investment, the Quebec Immigrant Investor Program (QIIP) – run by Canada’s French-speaking province – is the only one of its kind in Canada. Its guaranteed investment, affordable financing option and overall stability have made it one of the most popular business immigration programs in the Chinese market. But times may be changing.

Because immigration is a matter over which the province of Quebec and the federal government both enjoy jurisdiction, Quebec was allowed to keep its program up and running even after federal authorities shut down their equivalent program in February 2014. Today, the QIIP remains the only investment immigration program in Canada to be, like its former federal counterpart, entirely bond-based. With an investment guaranteed by a state agency, it does not require job creation or active participation in a private business.

Minimum net worth: $CAD 1,6 million (may also include assets of the main applicant’s spouse)

Family members authorised under application: Applicant, spouse, and accompanying dependent children under 19 years old at the time of filing

The program is open to 1,750 applicants worldwide, of which no more than 1,200 are allowed from China.

Residency: Applicants must sign a declaration confirming their firm intent to settle in Quebec. An applicant may be refused by immigration authorities if they doubt the applicant’s intent to follow through with his signed declaration.

*The exact ramifications and residency requirements that follow from this declaration are still open to interpretation, but the last two federal ministers of immigration have qualified the practice of directly settling outside Quebec after signing a declaration on the intent to settle in Quebec as “immigration fraud”, and have vowed to crack down on the practice.

With Quebec being predominantly French speaking, it is worth noting that the province’s immigration authorities have carved out exceptions for applicants who can demonstrate an upper-intermediate level in any tested French language skill. These candidates are therefore not subject to any quota, can submit their applications anytime until March 31, 2016, and will enjoy priority processing.

For years, the money injected into the QIIP has provided funds for the issuance of grants to Quebec’s small and medium-sized businesses, and has enjoyed an enviable reputation as a job-creating, self-financed and overall well appreciated program. The passive nature of the investment, the fact that it is only required upon the application’s acceptance by immigration authorities and the possibility to finance the required CAD 800,000 at as low a price as CAD 220,000 has also made it quite popular among investors, who did not have to bother with conditional visas or the risks inherent in private investment. So popular, in fact, that backlogs, yearly quotas, longer waiting lines and eventually tougher standards on immigrants by increasingly selective immigration authorities have gradually burdened the QIIP over recent years. In addition, federal and Quebec immigration officials have started to more closely monitor whether QIIP applicants follow through with their declared intent to settle in Quebec, a condition of the program that has been discarded by many immigrants who used the program as a gateway to a life often times outside Quebec, namely in Vancouver (British-Columbia) and Toronto (Ontario).

But with the relative unpopularity of the new and restrictive federal investment pilot program, applicants are yet again lining up to submit their QIIP applications for the new upcoming intake period, which will re-open from August 31, 2015 until January 29, 2016. Rumours that a possible reform of the QIIP in the near future may include an increased investment amount– several predict a new investment requirement of CAD 2 million – and uncertainty as to whether the investment will be guaranteed or even financeable, leave many hoping to submit their file under the 1,750 worldwide limit for this intake, of which no more than 1,200 will be allowed from China. After all, it may very well be the last under the program’s current structure.

Adding to the suspense, applicants and their consultants also have to cope with the fact that the quota is split among limited actors. A current number of 17 licensed financial intermediaries are authorised to accept investments on behalf of the program, with each institution having received a portion of the worldwide quota to allocate at its discretion. Consultants must therefore rush to find a financial intermediary that is willing and able to allocate the precious quota to them and their clients.

But even if applicants manage to find space under the quota this year, they will still have to assemble a thoroughly prepared application. While the program’s minimum net asset requirement is of CAD 1,6 million, the QIIP nevertheless requires that an applicant declare all his personal assets. Similarly, he must declare and document his management experience and the legality of his source of funds.

To do so, the applicant and his consultant must follow a revamped and very detailed document checklist that was released only last January by the Quebec immigration authorities. While the previous version of the checklist identified documents that were considered mandatory, the version issued in 2015 now starts from the premise that all documents applicable to an applicant’s situation must be submitted, and leaves the onus on the applicant and his consultant to ensure that this is properly done. A very detailed “narrative document”, outlining the acquisition of all the applicant’s funds throughout his career must also be provided.

Here are a few elements on which the checklist focuses more specifically for this year’s intake:

Since all documents written in a language other than French or English must be accompanied with a complete certified translation in either French or English, it is also important for the consultant to allocate sufficient time for the preparation of this extra work, which may require the translation of hundreds – if not thousands – of pages for a single file.

Given the complexity of some documents and of the size of the translation workload, Quebec immigration authorities have stated that they will be flexible on the full compliance with the document checklist at the time of the file’s submission. But this flexibility will have its limits. In this context, and to avoid taking unnecessary risks with a client’s application, it becomes increasingly important for the applicant and his consultant to team up with experienced counsel.

The fact that the checklist has become more detailed, and sometimes focuses on China specifically, also points to the fact that Immigration authorities are increasingly knowledgeable of the amount and quality of documents that are available to Chinese applicants. As the authorities’ methods of investigation become more refined, Chinese consultants would equally be well advised to select only clients whose files may be thoroughly documented, and to perform due diligence on each prospective file, including verifications with the Administration of Industry and Commerce (AIC), to ensure that the applicant’s declaration is complete. Failure to do so could lead to a quick rejection of the application by the authorities, and therefore to a wasted opportunity for the client.

The QIIP may be demanding, but there is a significant upside. Once accepted by immigration authorities, and for a relatively low and risk-free investment, immigrant investors can access Canadian permanent residency and all of its perks. This includes top tier education and healthcare services, access to a vibrant economy (along with those of the United States and Europe through free trade agreements), and to one of the most innovative workforces on the planet.

For years, the program’s success has largely depended on a risk-free investment. But the stricter document requirements and selection process of the Quebec Ministry of Immigration, combined with the complexity and costs associated with preparing an application in accordance with the new document checklist raise a number of valid questions as to whether the program is still risk-free. Even if the investment is only required upon the application’s acceptance by the Ministry, preparing the file itself is now more expensive and time consuming than ever.

If the QIIP is reformed to require a higher investment, while maintaining its very strict document requirements on source of funds and the demonstration of net assets, the EB-5 program may emerge as the more accessible program. Competition between the two programs may even grow further if Quebec authorities add an “at risk” component to its investment requirement. Applicants with the means and appetite for the riskier solutions may re-examine their options if they get straightforward processing in exchange.

Depending on how it is reformed, and how the Quebec immigration authorities process their inventory going forward, the QIIP may soon become riskier business than before.

Marc-André Séguin is a licensed attorney in the State of New York and in the Province of Quebec. He acts as General Counsel and is on the management team of Renaissance Capital Inc., an authorized and listed Financial Intermediary of the QIIP based in Montreal, Canada. Marc-André is also on the management team of Renaissance’s sister company RCI Capital Group and RCI Arizona Regional Center LLC. Marc-André is a frequent speaker on QIIP and EB-5 issues in China and elsewhere, and has recently published a Handbook on the QIIP.