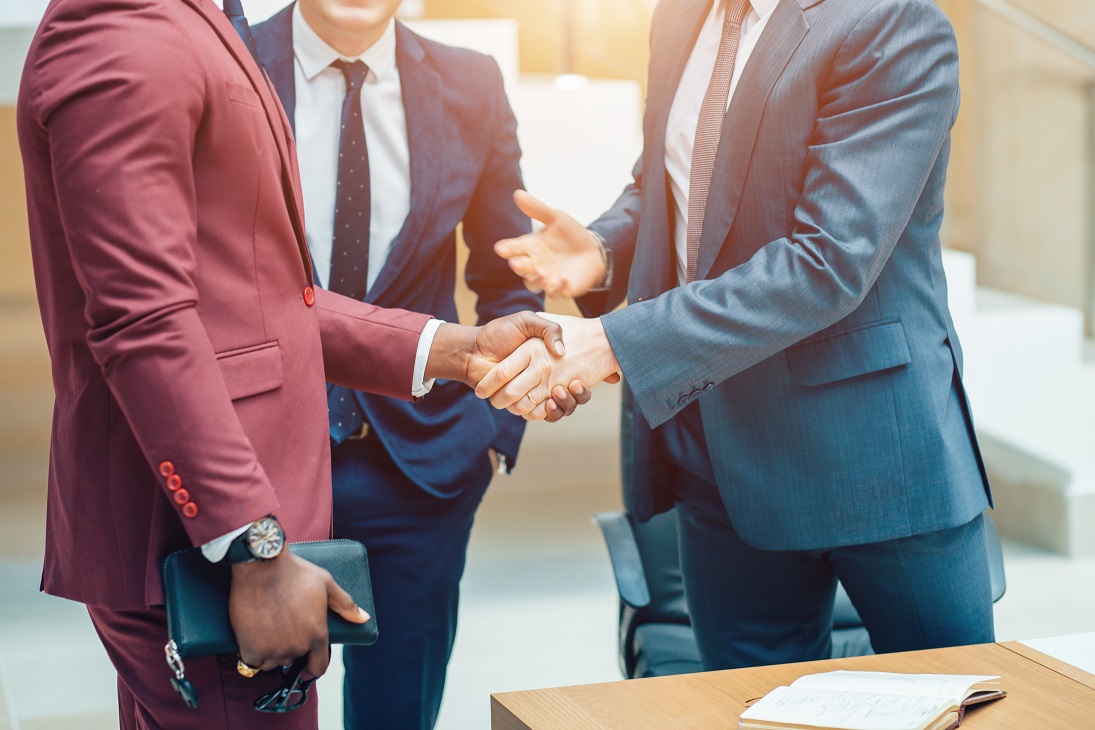 Project developers and investors should consider the possibility of “redeployment” of invested EB-5 capital in something other than the initially planned project and make plans and choices about it.  USCIS recently clarified some important parameters for redeployment that should generate some changes to offering documents for ongoing projects, careful choices for prospective investors, and possible lawsuits against USCIS involving redeployments that preceded the new guidance.

The drafters of the initial legislation and regulations about EB-5 and regional centers did not anticipate anything beyond the initial project that would be the subject of an investor’s I-526 petition. As the EB-5 program became used so much, particularly by investors born in China, by 2014 it became apparent that some investors would need to wait several to many years for availability of a visa number. Because investors must “sustain the investment” at risk to the end of the two-year period of conditional residence[1] that only begins after the investor receives a visa number and immigrates, industry stakeholders anticipated that a planned job creating enterprise (JCE) might return EB-5 capital to the “new commercial enterprise” (NCE) before the investors’ obligation to sustain the investment ended and even before they immigrated. Thus, stakeholders pressed USCIS for recognition of the NCE’s ability to “redeploy” the capital to other qualifying uses and for clarification of the allowable parameters for such redeployment.

In 2015 USCIS published a draft policy memo, which it finalized with changes in a 2017 update to its Policy Manual.[2] Fortunately, USCIS recognized that, once an investor’s originally planned JCE has accomplished the required job creation, the investor does not fail to sustain the investment if the NCE receives return of the capital from the original project (such as through repayment of its loan) as long as “within a commercially reasonable period of time” the NCE redeploys the EB-5 investor’s capital into other qualifying commercial activity until the investor’s conditional residence period is completed.

The Policy Manual originally was woefully unclear as to the allowed parameters for this redeployment, including whether it must be within the geography of the original or any Targeted Employment Area or regional center jurisdiction, whether it can be used to repay someone else’s interest in existing assets as opposed to generating new job creating activity, and whether and when it must be in a project or financial structure similar to the original project. For years industry stakeholders sought diligently to get USCIS to clarify its policies for practical compliance.[3] The lack of clarity gave rise to difficult risk management decisions negotiated between EB-5 project developers, NCEs, and investors affecting billions of dollars coming back to NCEs.

On July 24, 2020, USCIS issued clearer guidance with some unexpectedly narrow interpretations, which USCIS unfortunately stated will be applied retroactively. Amending Chapters 2 and 4 of Volume 6, Part G of the USCIS Policy Manual concerning EB-5 adjudications,[4] USCIS stated that redeployment must follow these requirements:

The overwhelming majority of EB-5 investors have placed their capital into NCEs sponsored by regional centers in the pooling of capital of multiple investors in one or more projects in which the investors are essentially passive.  In the absence of clear USCIS policy, NCE managers preparing securities offerings to investors have tended to reserve to themselves significant discretion to make redeployment decisions. Some NCEs have marketed arrangements with more conservative approaches for immigration and/or with more requirements for input by investors. The prospect of redeployment presents investors with competing risk management considerations between immigration risk, liquidity and diversification.

No redeployment option: For complete immigration safety, some NCEs have sought to commit the NCE and JCE to leave the capital in the JCE until the end of CPR for all investors. This requires the JCE to commit to loan terms that are unpredictable and increasingly long, commercially unacceptable, and sometimes impossible. Even if such commitments could be arranged and abided by, the NCE and investors may remain exposed to developing economic risks in the JCE over time and miss good opportunities for redemption.

Types of redeployment: The safest types for immigration compliance purposes are those similar to the original project or at least that involve use of the capital in new commercial activity, not buying out the interests of existing owners of assets.  But these options tend to involve limited liquidity and greater economic risk. The purchase of existing interests in already-developed projects or in publicly traded securities can afford much greater liquidity and reduced risk through diversification, but USCIS now has made clear this will destroy immigration eligibility.  As stated above, it appears that redeployment could include purchase of “new issue bonds in public works projects” or in new issue REITs for building or renovation, which would result in liquidity of such instruments in the secondary market.

Timing for redeployment: USCIS requires redeployment to occur “within a commercially reasonable period of time,” which it now says is at least a year and might be longer under the totality of circumstances. Arranging a loan into a new project like the first one might take some time after the first one repays the NCE, and sometimes deals fall through.  New issue bonds or REITs  for new projects are not always available immediately, and the amount of bonds or interests that can be purchased in a particular new issue can be unpredictable as issuers allocate interests in their own way among competing bidders. NCEs and investors will need to hope that USCIS considers such challenges in what constitutes a reasonable time to accomplish reinvestment after funds become available. NCEs should carefully document its efforts to arrange redeployment and any unpredicted or uncontrollable setbacks that occur. Even if an investor is within one year of reaching the end of the “sustainment period,” the NCE should document continuing efforts to arrange short term redeployment options during that period.

Duration of redeployment: Perhaps the safest approach for immigration purposes is to continue redeployment for all investors until the last one has reached the end of conditional residence. But especially with some investors obtaining conditional residence much more quickly than others due to long waits by those born in China and maybe also from Vietnam and India, this approach is increasingly infeasible and most unpalatable to prospective investors who do not expect a long visa wait. Retrieving capital at different times according to their different immigration schedules requires full disclosure and up-front agreement to the increased investment risk of those investors who would exit later. NCEs must avoid even the appearance of what USCIS considers a prohibited redemption or debt arrangement. USCIS states, “An agreement evidencing a preconceived intent to exit the investment as soon as possible after removing conditions on permanent residence may constitute an impermissible debt arrangement.” USCIS has consistently approved arrangements that provide for NCE redemption from the JCE on a schedule but provides for distribution to investors who happen to have reached the required point in their immigration process by that point and provides for redeployment for others.

Investor choices in reinvestment: NCE often have chosen to keep full discretion whether to reinvest or what reinvestments to choose. Prospective investors may feel anxious about having no control, and they may worry about possible self-dealing by NCE managers, but managers with discretion may be in the best position to assess legal policy and business positions at the time funds become available for reinvestment in the best interest of investors. Some NCEs have provided for collective investor approval of certain reinvestment choices, but such arrangements can pit different sets of investors in different situations against each other in a vote. For example, those who have reached the end of their conditional residence would tend to vote for whatever action frees their capital for distribution, while those waiting for immigration processing may tend to side for the most immigration-safe option.

NCEs may experiment with the provision of choice to individual investors among an array of options, at the time of a capital event, including purchase of new issue municipal bonds for a public works project (if available in the right amounts), which USCIS has explicitly sanctioned and thus affords immigration safety while preserving some liquidity despite interest rate risk; purchase of some other kind of instrument funding new commercial activity such as a REIT used only for construction or renovation; loan or equity into another job creating project like the initial project, which would seem to provide the most immigration safety while exposing investors to another round of undiversified risk with little liquidity. One problem with affording such choices is the difficulty of arranging a loan into a new project until the amount of capital committed to such use is known, which makes identifying a specific project for investor choice more difficult, with a “chicken and egg” problem. With USCIS policy now clarified to exclude secondary investment instruments, NCEs may be bolder to write such choices into their agreements.

Investors who have felt trapped by impending NCE arrangements for redeployment of returned capital have threatened or brought lawsuits against NCEs, some of which have been settled in confidential arrangements.

The prospect of return of EB-5 capital to the NCE before each EB-5 investor’s end of conditional residence gives rise to complex choices for NCEs about what to arrange and offer and for investors seeking good balance of immigration and business risks. In the absence of clear and reasonable USCIS policy, all sides are in need of good counsel.

Read about the next step in the EB-5 process: The I-829 Process To Gain Unconditional Permanent Residency

[2] For a comprehensive review of the Policy Manual changes and their implications, see the author’s contemporaneous article at https://www.bakerdonelson.com/webfiles/Bios/USCIS-Finalizes-EB-5-Sustainment-and-RC-Termination-Changes.pdf.

[3] See, for example, the transcript of a 2018 conversation primarily between this author (as part of the IIUSA board) and the USCIS Director, Francis Cissna, at https://www.uscis.gov/sites/default/files/files/nativedocuments/USCIS_Cissna_IIUSA_Meeting_and_Statistical_Analysis_Charts.pdf.

[4] See USCIS announcement at https://www.uscis.gov/sites/default/files/document/policy-manual-updates/20200724-EB5FurtherDeployment.pdf, linking to the affected chapters.