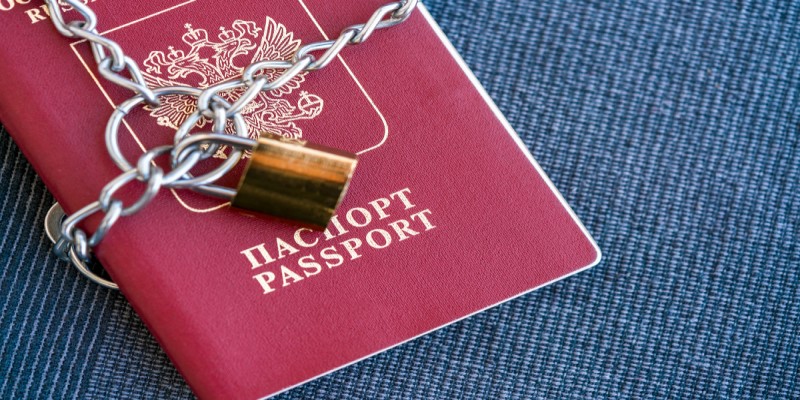 In an effort to put more pressure on Russian President Vladimir Putin and his government and business allies, the immigration system has become yet another tool in the U.S. arsenal against Putin.

Last week, the State Department moved to “restrict” visas that might be issued for 19 oligarchs and 47 of their relatives and associates.

Western imposed sanctions on Russia have frozen much of Russia’s central bank's $640 billion in assets and have also blocked several banks from global payments system SWIFT, a service that handles global transactions among financial institutions, according to Reuters.

“The key is the inability of Russians to transfer funds from inside of Russia to the United States, either directly or indirectly, because of the banking sanctions,” says Charles H. Kuck, managing partner, Kuck Baxter Immigration. “While some Russians have their money parked offshore, there is no guarantee that source of funds requirements will allow them to use the money under the current, or future, harder sanction schemes.”

Citizenship has also become a target. About 60 Russians sought out an EB-5 investor visa in 2019.

"Specifically, we commit to taking measures to limit the sale of citizenship—so called golden passports—that let wealthy Russians connected to the Russian government become citizens of our countries and gain access to our financial systems," the leaders of the European Commission, France, Germany, Italy, the United Kingdom, Canada, and the United States said in a joint statement.

The U.S. could put a hold on EB-5 visas from Russia, but appears to mainly be targeting Russian oligarchs.

“The primary consequence is that there will be few, if any, Russian nationals who will have the ability to invest in or secure approval of an EB-5 visa over the next several years,” says Kuck.

Russian oligarchs close to Putin have felt the brunt of Western sanctions over the country’s invasion of Ukraine, including seizure of yachts, private jets, sealing of villas and freezing of bank accounts. Last week, the Biden administration announced the formation of a federal task force to “find and seize their ill-begotten gains.”

On Tuesday, Biden announced he is banning all imports of Russian oil and gas and energy. Biden said they are enforcing the “most significant package of economic sanctions in history,” which is damaging Russia’s economy.

“The Russian ruble is now down to 50 percent — by 50 percent since Putin announced his war. One ruble is now worth less than one American penny,” Biden said in a statement.

Over the weekend, Visa, Mastercard and American Express suspended their services in Russia. Biden also noted that companies like Ford, Nike and Apple suspended their operations in Russia as well. About a dozen U.S. governors are now considering or planning to cut financial ties with Russian companies, according to the Associated Press.