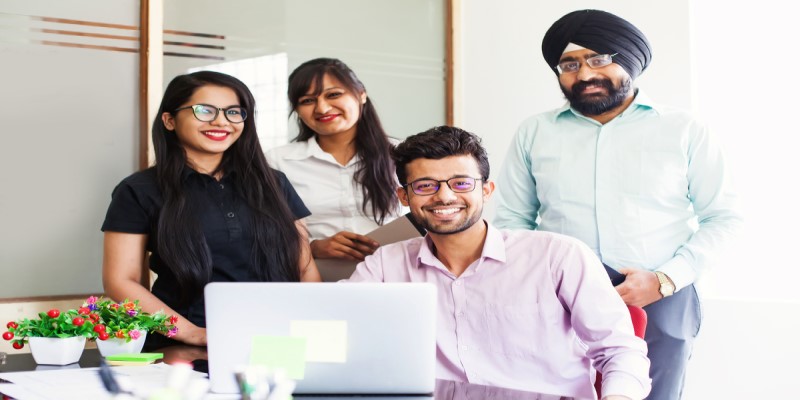 Foreign nationals that are already located in the U.S. who want to remain in the country have many pathways. Investing through the EB-5 program could bring foreign nationals closer to getting a green card and a pathway to U.S. citizenship, whether on the H-1B, F-1 or E-2. The process requires an “adjustment of status.”

“There are many individuals, mainly students and perhaps some E-2 visa holders who could be thinking about changing status to EB-5 visas,” says Andy J. Semotiuk, U.S. and Canadian Immigration Lawyer, Pace Law Firm.

The benefits of switching to EB-5 include a direct route to a permanent green card, no sponsorship is required, applicants can reside, work or study anywhere in the U.S., and they will get a return on their investment.

“There is a good market for this, especially for Chinese and Indian students and for E-2 investors from countries with treaties with the USA. Adjusting status is attractive, much better than consular processing, and therefore an added reason to look to this market for clients,” says Semotiuk.

The nearly nine-month lapse of the EB-5 Immigrant Investors Regional Center program—which has since been reauthorized through the $1.5 trillion omnibus spending bill—was a disruption for many investors. It also created a setback for those on other visas seeking to apply to EB-5.

“This has had major repercussions on people living in the U.S. on nonimmigrant visas, such as an H-1B or E-2, because many of them are unable to file applications for adjustment of status until the program is reauthorized,” says May Zhang of Reeves Immigration Law Group. “Therefore, they must find a way to extend their nonimmigrant status until they become eligible to file an application for permanent resident status.”

Zhang notes that it is important to remember that an adjustment of status cannot occur until after their I-526 is approved. “And since USCIS is taking about two years to adjudicate an I-526, it still leads back to finding a way to maintain valid nonimmigrant status,” she says.

Impact of the pandemic

During the pandemic, embassies and consulates closed and backlog and wait times increased.

Zhang believes COVID-19 likely had an impact, since processing times got longer, as they did for all requests for immigration benefits.

Semotiuk says the pandemic closed down the flow of EB-5 investors coming into the U.S. as consulates closed their doors and essentially ceased processing applications for much of the period of the pandemic.

“Processing of EB-5 applications also slowed to a trickle as processors worked from home. But the big deal is with the sunset of the Regional Center program. That is where the brakes were applied full force,” says Semotiuk.

Semotiuk says he expects there will be a burst of new EB-5 activity and great new interest in the EB-5 investor marketplace now that the world is easing out of the pandemic.

With the news of the Regional Center program being reauthorized, this could be a good time for foreign nationals on other visas to apply for EB-5 visas.

“What is apparently happening is that the EB-5 community will be moving away from the direct pooled EB-5 investment model back to the Regional Center model,” says Semotiuk. “That was unexpected but probably a trade-off made in the sausage-making process of negotiation in Congress to come up with an acceptable compromise.”

Regarding broader trends, he believes the Indian marketplace will increasingly become the new place from where EB-5 investors will be coming to the U.S.

“There is always places like Nigeria, the Middle East for other emerging markets. Russia will virtually expire as a source of investor immigration now given the war in Ukraine and the sanctions placed on leading figures from that country,” says Semotiuk.

EB-5 a good pathway for other visa holders

Making an EB-5 investment while holding another visa status can be considered a secondary plan to secure immigration to the U.S.

Those already residing in the U.S. under another U.S. visa when their I-526 form is approved will be required to adjust their status by filing Form I-485 (Application to Register Permanent Residence or Adjust Status).

Once the I-485 Form is approved, they will receive conditional permanent residence for at least the first two years of the applicant’s residence in the U.S. As soon as the applicant has fulfilled their employment and investment promises, their conditional residence will be removed.

To gain permanent resident status, the applicant will need to file Form I-829 (Petition by Investor to Remove Conditions on Permanent Resident Status) within 90 days of their conditional residence expiration. Approval depends on whether the applicant can prove they have invested or are continuing to invest in a commercial that created jobs.

After the EB-5 visa holder gains lawful permanent resident status, they can live and work in the U.S. on their green card that can be renewed after 10 years and can apply for U.S. citizenship after showing five years of continuous residence.

With the reauthorization of the Regional Center program back in play, foreign nationals already in the U.S. may be increasingly looking toward EB-5 as a more promising path to U.S. citizenship.

Meanwhile, unfolding world events are expected to continue to have an impact on EB-5.

“The war in Ukraine and the exodus of refugees into Europe is likely to also impact the desire of those with money to consider EB-5 investment as a favorable option to escape from the pressures building in that part of the world,” says Semotiuk. “It's going to be a good time to be working in the EB-5 marketplace.”