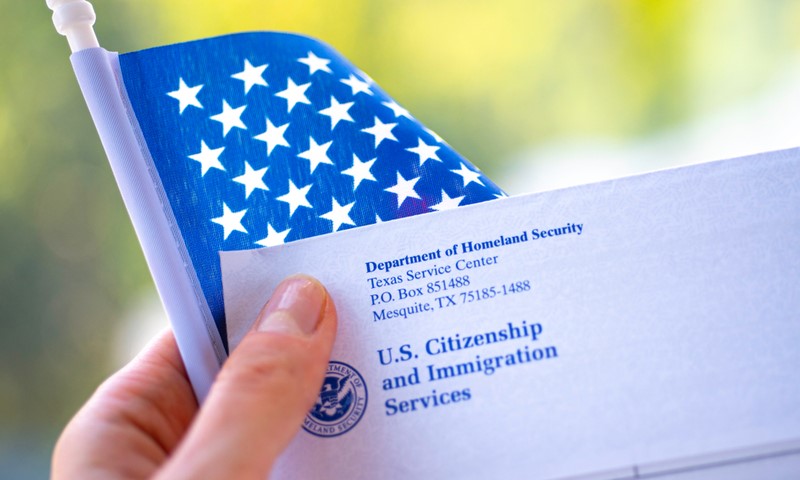 The U.S. Citizenship & Immigration Services (USCIS) has published a new 12-page long form, Form I-956, Application for Regional Center Designation, along with a $17,795 filing fee required when submitting each application. A nine-page Form I-956H, Bona Fides of Persons Involved with Regional Center Program, was also published on the website as a supplement to Form I-956 and is required to be submitted by all individuals involved with a regional center, new commercial enterprise or affiliated job-creating entity.

The USCIS is requiring regional centers to go through steps to be recertified beginning with filing a Form I-956. The new form would have to be approved before new EB-5 investors file I-526 petitions. The USCIS also required they file a new project form, including for projects already approved.

“I think they are doing this because they believe this is the only way that regional centers, old and new, will comply with the provisions of the EB-5 Reform and Integrity Act of 2022,” says Vivek Tandon, founder and CEO of EB5 BRICS, LLC.

Reaction from Congress and the EB-5 industry

In response to the agency’s redesignation requirements, members of Congress wrote a bipartisan letter to the Department of Homeland Security on May 9 clarifying their intent regarding regional centers in the Integrity and Reform Act of 2022. The letter sent to Secretary of Homeland Security Alejandro N. Mayorkas and authored by House Judiciary Committee Chairman Jerrold Nadler (D-NY), Senate Majority Leader Chuck Schumer (D-NY), Senator John Cornyn (R-TX) and Senator Lindsey Graham, (R-S.C.) states that the redesignation requirement “is not required under the EB-5 Reform and Integrity Act of 2022 and will put an immense burden on the agency.”

The Behring Regional Center filed a lawsuit in the Northern District Court of California over the USCIS’ redesignation guidance for EB-5 Regional Centers in April. The lawsuit says the agency’s guidance violates the Administrative Procedure Act and misinterprets the new EB-5 law enacted by Congress.

Many in the EB-5 community are unsure of how long approvals will take.

“We don’t know, nor has USCIS given any indication,” says Colin Behring, CEO of the Behring Companies. “The bigger problem is equality and “who gets approved first,” as they will have early access to pent up demand looking to file. This is something USCIS can’t possibly do fairly and they have not displayed even the ability to process on a first-in-first-out basis previously anyway.”

Behring says what is known is that the form direct mails to a specific mailbox only for I-956, “which may indicate that someone is actually focused on prioritizing this.”

The Behring Regional Center, part of a real estate and private equity firm in the San Francisco Bay Area, in their complaint, said the guidance hurts the ability of businesses to lure prospective investors and negatively impacts the economy as a result of cancelled new construction projects. Investors already waiting years for their green card petitions to be adjudicated will now be subject to rejections without approved regional centers to be affiliated with, per the lawsuit.

“We are hoping and expecting that USCIS will feel the pressure given Congress' letter and pending litigation and will move quickly with adjudications, perhaps six months or sooner,” says Tandon.

The lawsuit argues that any regional center business will not likely be reauthorized before the expiration of the Integrity Act in 2027, as a result of current lengthy wait times for approval of new centers that can take from five to nine years.

“In our lawsuit, USCIS’ sole reasoning for cancelling the regional centers is because the word “repeal” was used in the language of the bill. They then point to Senator Grassley and a single comment he made regarding successfully cancelling regional centers,” says Behring. “This obviously cherry-picks language and ignored the context of the bill when read in its entirety.”

He says the judge in the court case commented heavily on the doubt of the argument and its failure in previous rulings during the first court hearing. He says USCIS is due to submit supplemental briefs.

Behring says the bigger problem is no I-526s can be filed until the I-956 is approved. Also, he says, no one knows what the project form will look like, and as of yet, it does not have a form number.

“The Project form will likely come with another fee on top of the $17,795 fee we just paid,” says Behring.

Another issue, he says, is that equality, and providing equal opportunity to those already invested in the regional center program looks to be impossible due to the situation USCIS has created.

“The forms I-956 and I-956H repeatedly refer to previous regional center activity, job creation methodologies and projects in the pipeline, but then they treated us as cancelled and not existing? You can’t answer their questions properly without treating your regional center as if it is already operating and has projects going,” says Behring.

In the meantime, Behring says they have already filed the I-956 with USCIS and I-956H and says they have complied with every demand and are waiting while the court case continues.

“We filed timely, answered everything fully and are simply back to waiting which if the I-924 is any indication, it could be years for approval,” says Behring. “We won’t know until we know.”