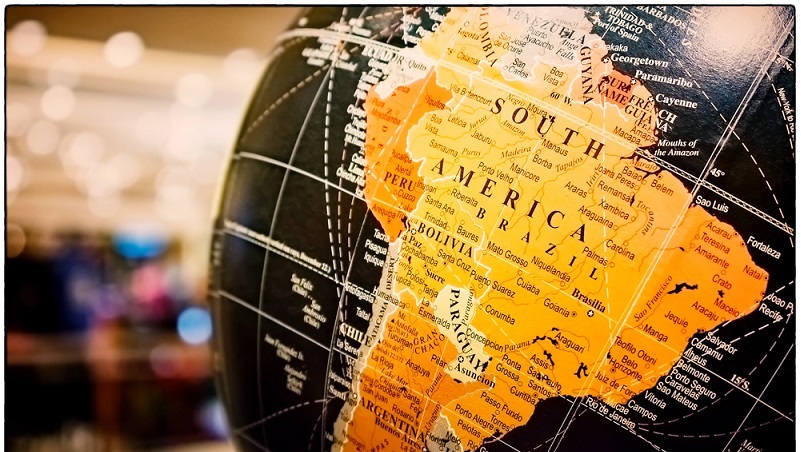 Under a new immigration-friendly Biden administration, the year 2021 is already looking up for the EB-5 program. The South American market, in particular, is primed to be a growing EB-5 market, many professionals say.

“While 2020 was a difficult year, we believe 2021 will be much stronger,” says Victor Espinosa, senior director for the Americas at LCR Capital Partners, who leads the LATAM practice. The biggest countries for LCR Capital Partners are Brazil and Mexico, which have the largest economies, he said.

Like around the world, the general decline in investors in 2020 was also reflected in Latin America. Across the region, there have been issues with consulate closures due to COVID-19 and travel restrictions. In Brazil, the change in the exchange rate has also caused investors to delay their investments, Espinosa said.

With 2020 an off-year, the data for 2019 is telling of the region as a growing EB-5 market. Based on EB-5 visa stats for 2019, more EB-5 visas were issued to South America than any other region after Asia. The data also showed that South American investors were more likely to already be residing in the U.S—almost half of South Americans issued EB-5 visas in FY 2019 lived in the U.S.

“For sure the biggest markets are Brazil, Ecuador, Peru and Argentina, for their political instability or for the tendency to adopt a political regime, far from a laissez-faire capitalism or free market capitalism,” says Carlo Barbieri, president and CEO of Oxford USA Group.

While Chinese investors have dominated the EB-5 investor program, all eyes are on the expanding South America market, with developers increasingly looking for funds in the region.

Edward Beshara, managing partner at Beshara Global Migration Law Firm, says the countries in South America in which his law firm is seeing the most EB-5 investors include Brazil, Columbia and Argentina.

“The Brazilians as well as other high net worth nationals from South America intend to maintain their wealth. With the current currency exchange with the U.S. dollar there is a trend for the South American high net worth individuals to invest in projects in the U.S. including EB-5 projects,” says Beshara.

In Forbes 2020 list of billionaires worldwide, the region’s two biggest economies, Mexico and Brazil, were countries with the most people on the ranking. Brazil has rapidly become the region’s largest EB-5 program participant and is the 6th largest EB-5 investor market in the world.

Beshara says the goal is to invest in EB-5 projects that will be financially viable and that South American investors will see a return of capital which has maintained its original value. Beshara says South American high net worth individuals would like to maintain their wealth and continue ownership of their assets in their own countries.

He says South American high net worth individuals may choose to enter the U.S. immediately under a non-immigrant E-2 visa, which would allow them to have a five-year visa with multiple entries. Their children and families would be able to stay in the U.S. for a longer length of time and attend school.

“The South American EB-5 investor will either invest more funds into their existing E-2 business to obtain an EB-5 conditional permanent residency or alternatively continue with the E-2 business, but separately invest in an EB-5 regional center project,” says Beshara.

Scott Fuller CEO and Partner at EB5 United believes the biggest markets of EB-5 investors in South America are Brazil, Columbia and Mexico.

“Columbia has demand but is a much smaller country. Many Venezuelans also reside in Columbia and invest from Columbia. Venezuela would be a very strong market if it were not for the severe economic hardships and political issues,” says Fuller.

He notes Mexico is becoming a stronger market since the political landscape has changed under the current administration, but says the country has never been a massive market because of the E-2 visa and close proximity.

“COVID-19 and its impact economically and politically are driving uncertainty. As this is the dominant issue in the world it remains the primary hindrance for growth in the EB-5 market,” says Fuller.

Regarding development and trends in the region, Barbieri says in Brazil, the lack of a domestic economic perspective and the judicial insecurity, both impeding the functioning of the country, are significant developments when it comes to investors wanting to come to the U.S. He says the greatest challenge would be the potential end of the per country cap, since all Latin-Americans would be in the same waiting list of all other countries, including China.

Espinosa says one trend they are seeing is the continued growth in the Miami luxury condominium market, which he says is appealing to the Latin American investor. He also says there is growing political instability occurring within the region “that has propelled the desire for investment into EB-5.”

Espinosa says the emerging trend they have been observing from their clients is the need to serve clients and prospects in a holistic manner, such as an advisory in various financial matters, credit, real estate, and tax. Regarding challenges in the region, Espinosa says they are still seeing hurdles surrounding SOF and forex conversions.

In a sign of the expanding South American EB-5 market, Espinosa says the firm has also seen interest in EB-5 from smaller countries such as Peru, Bolivia and Ecuador.

“Families now more than ever are looking for a more permanent solution here in the U.S. and are planning across family generations versus an immediate need,” says Espinosa