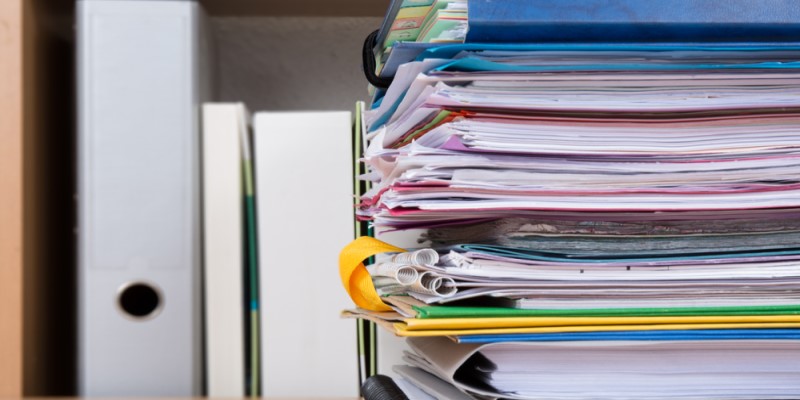 A California congressman has introduced legislation aimed at addressing the severe case backlog at U.S. Citizenship and Immigration Services (USCIS), which has reportedly reached nearly 10 million cases earlier this year.

In a news release, U.S. Rep. Tony Cárdenas (D-Pacoima) said his Case Backlog and Transparency Act of 2022 (H.R. 9226) would establish new reporting requirements for the USCIS and Government Accountability Office “to determine the reasons for the processing delays and find potential solutions to reduce the immigration case backlog.”

According to Cárdenas’ office, between 2015 and 2020, the number of cases awaiting a decision at USCIS grew from 3.2 to 5.8 million. During a presentation in February, the USCIS said it was reviewing more than 9.5 million pending applications, amounting to a 66% increase from the end of fiscal year 2019.

“The extreme immigration backlog at USCIS is leaving countless individuals in limbo,” Cárdenas said in a statement. “Right now, families in my district and across the country are left waiting weeks, months and even years without a single update on their case or let alone a resolution. This isn’t fair to these applicants; they deserve to have the peace of mind that their cases are being handled fairly and timely.”

The act, which was introduced on Oct. 25, would establish quarterly reporting requirements, including the number of pending immigration benefit applications, the net backlog, average processing times, assessment of USCIS procedures and efforts to eliminate the backlog.

The Case Backlog and Transparency Act of 2022 has been endorsed by the American Immigration Lawyers Association (AILA), Coalition for Humane Immigrant Rights of Los Angeles (CHIRLA) and National Partnership for New Americans (NPNA).

“For years, the families, vulnerable individuals, and U.S. businesses that our more than 16,000 members regularly represent have suffered devastating consequences from USCIS’s processing delays,” AILA Executive Director Benjamin Johnson said in a statement. “Families have been separated, businesses have lost key employees, and vulnerable individuals remain in jeopardy. We commend Representative Cardenas for remaining steadfast in holding USCIS accountable. This bill will demand that USCIS review and analyze the causes of the ever-growing immigration case backlog and ensure efficient and effective solutions are put in place for its customers.”

Nicole Melaku, executive director of NPNA, said in a news release that the act “represents a positive step towards understanding the causes of USCIS backlogs and having the public reporting that it is necessary to increase accountability and transparency. For years, NPNA has called for USCIS to reduce backlogs and processing delays so that families and individuals do not have to wait unnecessarily for their applications to be processed. We commend this act for proposing common sense solutions, where Congress and USCIS can work together to address this issue and enhance efficiency and fairness."

He noted that the Biden administration’s attempts to fix America’s “broken immigration system” have failed, and that Congress must now take the lead amid processing times that have “gone from bad to worse.”

“Our economy urgently needs a solution to be able to hire the best and the brightest graduates coming out of our universities, particularly in the high technology and healthcare areas, but also to address the shortage of skilled workers in construction, transportation and many other critical sectors,” Wolfsdorf said. “Investor cases also languish for years at adjudication centers and consulates worldwide. With almost 6 million cases waiting adjudication, Congress needs to act now to provide transparency and real solutions to these absurd waiting lines that have also caused hundreds of thousands of visas to be wasted in both family and employment categories.”

Marko Issever, an EB-5 industry broker dealer and CEO of America EB5 Visa, LLC based in New York, predicted that the legislation would improve the backlog situation. He called the bill “a step in the right direction” that would help his clients, some of whom have not heard from USCIS in years.

“There is no question that the accountability of USCIS to higher authority should help the current situation of the unprecedentedly long backlog of processing times,” he said. “Even though the immediate intent of the proposed act is to reduce family-based immigration categories, it should help all of them. That said, the proposed act is more informative. We need a call for action. I have not seen any clear proposed processing times for each category. I have also not seen the consequences or the repercussions of not meeting the processing time goals.”

Issever noted that a major issue within USCIS is lack of funding. The Case Backlog and Transparency Act would help estimate the amount of funds needed to address the backlog.

“Once they get the resources they need, missing these goals by more than a small percentage should have seriously punitive consequences,” Issever added.