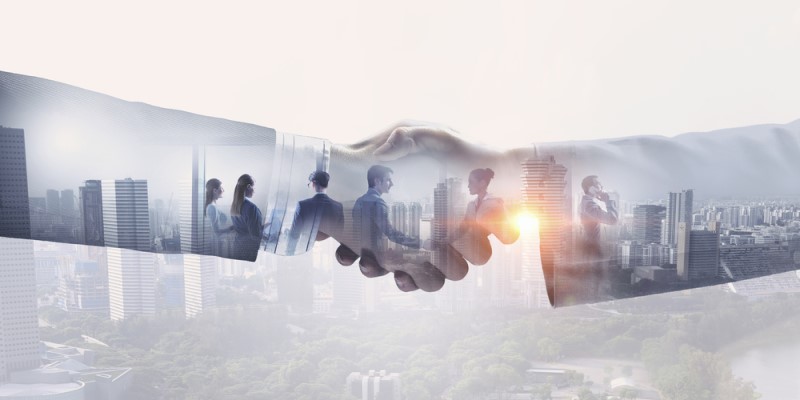 “The sale of existing regional centers, especially in rural, hitherto unknown areas is booming,” says Mona Shah, managing partner at Mona Shah & Associates Global. “We are seeing offers to purchase regional centers at amounts that would have previously been considered outrageous.”

She says projects in rural locations are highly attractive, particularly for agents from Mainland China, as a result of the set asides allowed in the EB-5 Reform and Integrity Act of 2022.

In the buying fervor, practitioners are seeing ruthless tactics being used, noted Shah.

“It is all about supply and demand,” says Shah. “In a state like New York, there are dozens of regional centers available whereas in some states, like the Mid-west, we may get two or three. Prior to RIA, a typical investor would not be attracted to these states.”

“Of those, it is not expected that more than 50% will continue under their current ownership,” says Hirson.

What has sparked the trend of EB-5 regional center sales?

Hirson cited the regulatory burdens imposed under the EB-5 Reform and Integrity Act of 2022 (RIA) as having made maintaining a regional center costly and requiring extra record keeping and reporting, “often beyond the value to some of these owners.” The result, he believes, is that many regional centers will choose not to renew their status under the RIA.

Michael Harris, immigration lawyer, HarrisLaw, P.A., says he’s also noticed that prospective sales of regional centers are heating up and believes that due to the RIA creating more compliance requirements for developers and regional centers, “those operators are leaving the industry or do not have as much interest as before.”

With a weakening economy and climbing interest rates, Hirson says banks and other lending institutions are not providing funding as much as before and have raised their rates and financing terms.

“The effect of this is that several developers now see the value of having a regional center which if properly repaired with a strong project will enable them to raise funds at a cheaper and better rate than from traditional lenders,” says Hirson. “This is a repeat of the cycle that we experienced about 10 years ago at the beginning of the high demand for EB-5 investment money.”

He believes the trend will continue and says his office is working on acquisitions of regional centers on a daily basis.

“The supply is limited while demand is increasing,” says Hirson.

Hirson says only U.S. persons may own a regional center, which is limited to U.S. citizens and U.S. permanent residents and that no foreign government can have any ownership interest in the EB-5 regional center.

“Parties who want to raise pooled capital for projects must be sponsored by a regional center.  They can seek a services agreement with an existing approved RC, apply for their own RC, or buy one,” says Robert Divine, of the law firm of Baker Donelson.

Divine says the delays with USCIS in adjudicating applications for a new RC, now using Form I-956, is driving the interest in buying or renting a RC. He says most developers and fundraisers prefer to own or purchase a regional center if they can increase control and to reduce risks that may come about from a rented RC’s other activities and projects.

“Now that the Behring decision has revived the validity of pre-RIA RCs and USCIS has taken months even to issue proper receipt notices on new RC applications, and with the eagerness of the investor market—particularly those born in China—to jump in to grab reserved visas, the interest in buying a RC to get a project on the market is poignant,” says Divine.

Shah says the purchase frenzy is exacerbated since no one knows how long it will take for USCIS to approve a new RC designation.

“In addition, the amendment for a change of ownership must be filed and approved with USCIS,” says Shah. “This amendment could take months if not years. RIA does not speak specifically to a purchase of a RC designation, but increased scrutiny of any possible conflicts is highly probable.”

The EB-5 Reform and Integrity Act of 2022, Divine says, recognizes the notion of purchase of a regional center, but requires the regional center to give notice to USCIS at least 120 days before implementation of the transaction, through filing of Form I-956 for amendment of designation.

“The RIA allows the I-956 to be filed up to 5 days after a change in ownership under “exigent circumstances,” but that term is not defined and USCIS might interpret it narrowly,” says Divine. “So parties are negotiating about delayed closings, nonrefundable vs. conditional payments, interim sponsorship arrangements, and other tricky terms.”

In the past, Harris says, “USCIS required amendments to an RCs geographic territory to be approved first before an I-526 could be filed based on the new territory.” As of yet, the policy has not stated that this is required for an ownership change, which he says may mean that a new owner may start to file new I-956Fs and then I-526Es.

To purchase a regional center, Hirson says a party would have to acquire the entity that owns it since he says it appears that USCIS policy will not permit the transfer of the actual regional center from one owner to another. Hirson says an application will need to be filed for an amendment to the existing regional center that will disclose all of the intended owners and managers and is done by filing Form I-965.

Each new manager or owner of the regional center would need to file a Form I-965H, Hirson says, “which will include a background check on the individuals as well as having to give their biometrics, optionally at the instance of USCIS.”

Harris says one of the largest considerations for a new regional center owner “will otherwise be what liabilities and obligations are inherited from the prior owners under U.S. Securities Laws, as well as whether any activities occurred under the prior ownership that may give rise to USCIS terminating an RC.”

“Prices for the sale of regional centers vary based on history, geographic footprint, and confirmation of filing of the annual reports on the now-defunct Form I-924A,” says Hirson. “In addition, purchasers would have to file an application for approval of any new EB-5 project. This is done by filing Form I-956F with Forms I-956H as may be appropriate.”