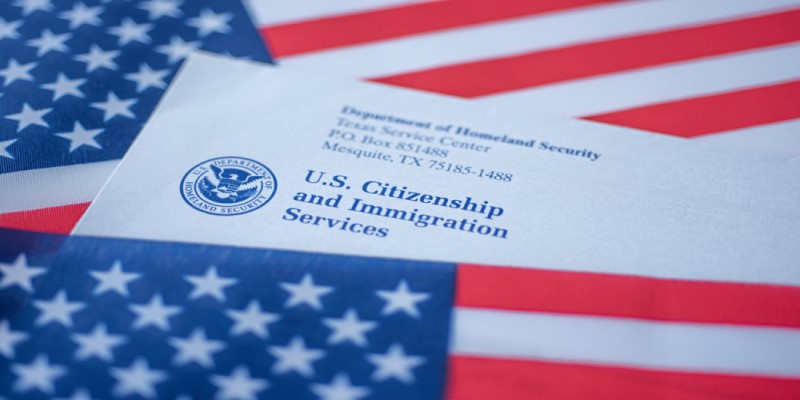 The U.S. Citizenship and Immigration Services (USCIS) has released two new forms for EB-5 Regional Centers to comply with in order to complete the redesignation process. The agency stated it released the forms under the EB-5 Reform and Integrity Act of 2022. These forms are in addition to the previously released Form I-956 Application for Regional Center Designation and Form I-956H Bona Fides of Persons Involved with Regional Center Program.

“The general consensus within the EB-5 industry is that USCIS have rushed the forms, without properly analyzing the issues. That they need time to streamline the process and that they ought to implement RIA's changes in 2023, not immediately,” says Mona Shah, managing partner at Mona Shah & Associates Global.

One of the new forms is Form I-956F, Application for Approval of an Investment in a Commercial Enterprise, which the agency said can only be filed by an approved regional center and “is similar in some respects to an “exemplar” submission on Form I-924” under the previous program. The agency said the 17-page Form I-956F is “required by statute for regional centers to apply for approval of each particular investment offering through an associated new commercial enterprise.”

The second is the 14-page Form I-956G Regional Center Annual Statement, which is in place of Form I-924A that was used in the previous program but includes the increased statutory reporting requirements.

“Along with most other RCs, we were disappointed to hear about the requirement to reapply for designation,” says Trevor Anderson, director of EB-5 financing for HomeFed Corporation.

“There is a feeling that while additional forms give structure to the filing process, the hefty fees that accompany the forms are onerous and that USCIS have not properly followed the process,” says Shah. “While the industry will sigh and pay, it will be very unfair if USCIS do not speed up processing, arbitrarily reject forms or else continue to have questionable adjudications. Relying on lawsuits to keep USCIS in check is a ridiculous waste of resources.”

Shah says at a minimum, since this is informal rulemaking, the agency should have allowed for a "notice and comment" period.

There are currently two lawsuits in progress challenging the USCIS’s interpretation of the EB-5 Reform and Integrity Act of 2022. On June 2, the Federal Court for the Northern District of California held its second hearing in Behring’s preliminary injunction lawsuit against the requirement by the USCIS to redesignate regional centers. A final ruling has not yet been made, however the court has asked the parties to file new briefs.

“Based on rumors, it sounds like Behring may achieve a favorable result from their lawsuit,” says Anderson.

The second lawsuit was filed by a group of regional centers and trade organization Invest in the USA (IIUSA) to challenge the USCIS from pursuing its interpretation of the EB-5 Reform and Integrity Act of 2022.

Shah says she does not have strong hopes that either of the lawsuits will be completely successful since she says Senator Chuck Grassley's floor speech that followed the passing of RIA explicitly called for all regional centers to be re-authorized.

“However, I do not believe Senator Grassley understood that such a stance would bring EB-5 to a standstill and that the courts will see that USCIS' position will create economic hardship as regional centers are forced to cease business operations,” says Shah.

She says, during the June 2 hearing of the Behring case, Federal Judge Chhabria’s analysis of the statute wording and legislative history of RC reauthorization “opined that that Congress ‘plainly intended for [RCs] to continue to be authorized,’ and rather felt that the ‘statute is silent and ambiguous’ regarding this issue.” She added that Judge Chhabria “appears to agree that Congress did not intend to halt the program for a significant length of time.”

Shah says she hopes both lawsuits provide a viable solution, such as allowing existing regional centers in good standing to file an Attestation, which she says “would allow foreign direct investment to continue to be invested in projects.”

She also noted the judge said the USCIS “may have committed legal error by being way too quick to assume that the language [of RIA] means that Congress requires us to treat the RCs as having been deauthorized.”

I-956 filings for EB-5 regional centers

Walter M. "Marty" Cummins Jr., president, Florida EB5 Investments, LLC says he has not yet applied for redesignation and is deciding to wait and see what happens in the lawsuit.

“Right now, everything is up in the air with the judge,” says Cummins. “We are hopeful that he will see Congress' clear intent and allow us to proceed immediately to bring in foreign investors to fund businesses and create jobs for Americans.”

Cummins says the country is currently experiencing uncertain economic times and the billions of dollars that could result from a viable EB-5 program could make a significant difference.

“We simply need the money immigrants can bring, especially since these immigrants want to follow the rules and want to enjoy the unique economic freedom America offers,” says Cummins.

While there have been rumors that some of the first regional centers have already had their I-956 rejected by the USCIS, Anderson says he has not heard that.

“On the one hand, that would be encouraging to hear USCIS is at least reviewing the application in a timely manner,” says Anderson.

Anderson says he is hopeful that the requirement for redesignation will be overturned in due time.

“I assume the project application, Form I-956F, will remain a requirement and all RCs will need to file accordingly. We of course wish that prior exemplar approvals would satisfy the I-956F requirement, but I don’t anticipate this outcome,” says Anderson. “The I-956H should also endure, and although it’s a bit more comprehensive than the old I-924A, I don’t have any real concern over the new form.”

On June 1, 2022, Representatives Dwight Evans (D-PA-3), Brian Fitzpatrick (R-PA-1), and Tom O’Halloran (D-AZ-1) sent a letter to the USCIS saying the redesignation process was “overly burdensome” and asked the agency to reconsider its interpretation of the RIA.

Meanwhile, industry stakeholders are awaiting the USCIS’s next step and what will happen with the lawsuits. USCIS did not respond to requests for comments.

“We have many investors and foreign partners anxious to submit petitions, but of course USCIS still hasn’t released the relevant updated forms,” says Anderson. “It’s been a trying time in EB-5, but we are definitely moving in the right direction and we should be fully operational before too long.”