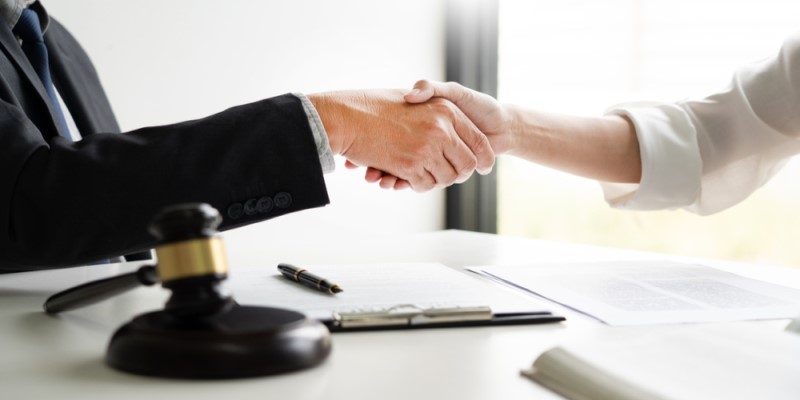 A settlement agreement was filed between the United States Citizenship and Immigration Services and Behring Regional Center LLC, several top EB-5 regional center operators and Invest in the USA. The settlement, which affects two cases, has finally put the EB-5 program back on track reauthorizing previously approved regional centers and safeguarding EB-5 investors.

“The outcome of this case is incredibly important because it corrected an error, the law was on our side and the industry and investors were rewarded for standing their ground,” says Colin Behring, CEO of the Behring Companies. “The industry does not have to operate in fear or be bullied into accepting tragically wrong interpretations of legislation and suffering from potentially catastrophic actions of just a few people.”

Court finds USCIS in the wrong in EB-5 suit

The Court found that USCIS’ actions were in legal error negatively impacting the EB-5 industry and EB-5 investors.

“The decisions and comments made on record that proved our second lawsuits argument correct asserting that the Regional Center program (previously regarded as “Section 610 a”) never actually expired on June 30, 2021,” says Behring. “The industry was robbed of over 15,000+ visas that year.”

Behring says the outcome of the settlement shows that the EB-5 industry can successfully defend EB-5 investors, when necessary.

“We’re excited about having the EB-5 industry back in business. This is our third lawsuit challenging government interpretation in the northern district of California,” says Laura Reiff. “We are so happy that regional centers have been resurrected and that the industry can now function as it was supposed to.”

The impact of the RIA on the EB-5 industry

The EB-5 Reform and Integrity Act of 2022 (“RIA”), was signed into law on March 15, 2022, and was set to reauthorize the regional center program. However, the USCIS deauthorized previously-approved EB-5 Regional Centers, requiring them to refile for redesignation.

“The biggest and most important takeaway is that regional centers approved before the RIA was enacted can continue to do business without completely shuddering and reopening from scratch,” says Aaron Grau, executive director of IIUSA. “Avoiding that outcome was why the lawsuit was filed and that is exactly what was achieved.”

The settlement states that previously authorized regional centers will continue to maintain their authorization unchanged and are required to file Form I-956 by December 29, 2022, including a filing fee to continue authorization.

“The settlement provides very specific guidance to previously authorized regional centers on the path forward in terms of what is expected of them to come into compliance with the RIA,” says Lulu Gordon, senior vice president/general counsel, EB5 Capital.

What does the EB-5 settlement mean?

The settlement states that previously authorized regional centers do not have to wait for approval of Form I-956 and can file I-956Fs right away and if they fail to receive a receipt notice within 10 days, investors can use a lockbox receipt, cashed check or credit card charge as proof from the regional center.

"The EB-5 regional center program has been at a standstill most recently because of delays by USCIS in issuing receipt notices for Form I-956F," says H. Ronald Klasko, co-counsel in the litigation, EB-5 immigration attorney and a founder of Klasko, Rulon, Stock & Seltzer.

If a previously approved regional center does not file a Form I-956 application or amendment, that will not be used as a reason an investor’s I-526 or I-829 petition will be denied by USCIS.

Gordon says the settlement protects current investors sponsored by regional centers that do not want to continue operating or sponsoring future projects within the RIA framework. She says the settlement also “confirms that legacy investors' petitions will be adjudicated based on the law at the time of filing.”

Behring noted there is also another major improvement, which is the opportunity for direct quarterly engagement with USCIS on the implementation of the settlement.

“It is an explicit term within the settlement itself,” says Behring. “This communication will be crucial to making sure the EB-5 industry is truly back in business and operating effectively. Our investors, and the whole EB-5 industry, will benefit tremendously.”

USCIS is expected to update its website, forms and FAQs soon to adhere to the settlement stipulations.

Behring says communication with USCIS “will be crucial to building the new operating manual for the industry because trying to clarify everything just through reading the tea leaves in individual adjudications as they come in means you don’t have a well vetted plan until years down the road.”

He says everything will be done much faster through this engagement and will provide the industry “a few years of a stable operating environment and then carry that positive momentum into the next legislative cycle.” He notes that they have succeeded in placing the regional center program on stable ground for the first time in a decade.

“We now will turn focus to our direct quarterly engagement calls with USCIS to maximize the positive outcome of this settlement,” says Behring.

Gordon says an additional takeaway from the settlement “is the spirit of cooperation demonstrated by USCIS,” which she hopes is the start of an era of collaboration between USCIS and industry stakeholders “that will create a stable and thriving EB-5 program.”

Though the settlement agreement was filed with all in agreement, it is not a final settlement until it gains court approval.

Grau says the regional center program can now speed ahead on economic development and job creation, while EB-5 investors can be reassured they are well protected.

“EB-5 is safer for investors now because the regional centers on which they rely to facilitate their investments and in many instances their actual visa application process will remain healthy, active, and available to continue that support and remain accountable to assure the RIA integrity measures and investor protection,” says Grau.