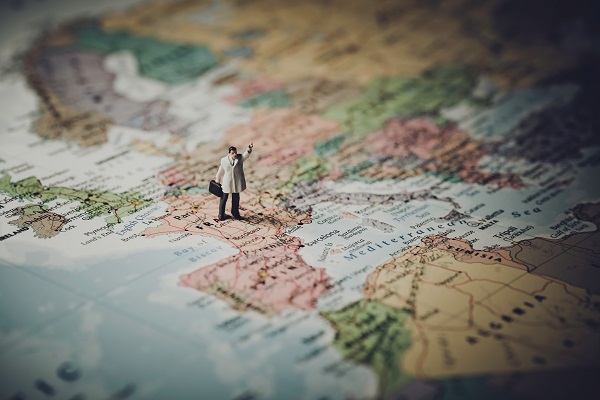 Most of the world’s immigration investors come from China — but when it comes to getting a second passport, it’s the Middle East and North African investors that leads the pack.

China has eight times more people worth $30 million or more, but MENA accounts for 60 percent of the second-citizenship market for ultra-high net worth individuals, according to an Arton Capital report. The top four second-citizenship markets are all in the greater Middle East: 17 percent of Pakistani, 15 percent of Lebanese, and 7 percent each of Syrian and Egyptian UHNWIs now hold second passports, the report found.

MENA was home to 333,000 millionaires as of 2015, a figure expected to rise to 500,000 by 2020, according to Bemo Bank. That means MENA will remain a key market for second citizenship in coming years, as cheaper options emerge and programs become more accessible, says Arton Capital CEO Armand Arton.

“The demand is going to increase exponentially because the prices are going down,” he says. “The Middle East will still lead the demand.”

The Middle East’s dominance of the citizenship-by-investment space is partly because China prohibits dual citizenship, and heavily regulates immigration-investment marketing, Arton says. “In the Middle East, it’s not at all regulated, so everybody can receive 10 SMS per day, and email blasts about getting passports in Dominica or St Lucia or Antigua,” he says.

The region’s instability has also been a key driver of HNWI migration. Since the Arab Spring, investment immigration from the MENA region has doubled, Arton says.

“Our industry has a direct correlation to the political instability of the countries our clients come from — and looking at Dubai, Qatar, Saudi Arabia, Egypt, Turkey, things aren’t looking brighter or better,” Arton says. “People are actually more worried, and in this age of uncertainty, they’re looking out for products like this.”

Many Middle Eastern investors are chiefly looking for a backup plan, and don’t immediately relocate after securing a second passport. Some countries have seen significant outflows of wealth — amidst political turmoil, Turkey lost around 6,000 millionaires in 2016, according to a recent New World Wealth report — but many places in the Middle East have seen their HNWI populations increase, with Doha, Dubai and Tel Aviv each gaining around 1,000 HNWIs in 2016.

Citizenship programs are especially sought-after because many MENA passports are relatively weak. “Relocation isn’t the immediate need for MENA clients — it’s more about the travel document,” Arton explains. “There are more and more walls being raised, so the necessity of having another passport is increasing.”

Jordanian businesspeople face a three-week wait for an Italian visa, and even longer for a Canadian one, notes Rasheed AlKhanji of Jordanian firm Quebec Investment Consultation and Management Services. “The majority of Arab countries have problems obtaining visas,” he says.

European programs are almost as popular, and Arton anticipates a fresh wave of interest as new programs come online in the Balkans and Euro-Asian region. Middle Easterners aren’t eager to fly 20-plus hours to get to the Caribbean, Arton explains, and will welcome the possibility of investing in places that are geographically and culturally closer to the Middle East.

“If for the same money they can get a property in Moldova or Georgia, and get citizenship there, it’s going to be very strong competition,” Arton says.

Not all MENA investors are eligible for a second citizenship: countries such as Saudi Arabia, UAE, and Bahrain all forbid or restrict dual citizenship. “It’s very difficult for Gulf citizens to go and acquire second citizenship,” says Ahmed Emara, the CEO of Saudi Arabia-based Reaya Holding. “They’d have to do it without informing their own government, which comes with huge risks, or drop their own nationality, which is something they’d never want to do.”

Still, in many Gulf countries, citizens are outnumbered by expats — drawn by business opportunities, low taxes, and the high quality of life — who remain eligible for citizenship-based programs. Dubai, especially, has become a magnet for foreign HNWIs: it now has 8,600 foreign multi-millionaires, compared with 2,400 local-resident multi-millionaires, according to New World Wealth.

That means there’s still a big market for citizenship programs in the Gulf region, where most of the MENA’s wealth is concentrated, says AlKhanji. “Our market is Saudi Arabia, the UAE, Egypt, and Bahrain — those are the top countries,” AlKhanji says.

The Gulf’s expats typically use either work visas or residency-by-investment programs to establish themselves in the region. Despite complex laws limiting foreign business and property ownership, several countries in the region have launched residency programs for investors in recent years.

Dubai offers a two-year renewable visa for property owners, while the UAE offers a six-month renewable visa valid in all seven emirates. Qatar offers a similar program, and investors can also gain renewable residency in Qatar and the UAE by starting businesses.

Still, foreign investors have little scope for gaining citizenship or permanent residency in the Gulf nations, and few foreign HNWIs aim to relocate permanently to the region, says AlKhanji. “You have many Jordanian or Egyptian HNWIs who live in the UAE and spend money and buy properties there,” he says. “However, you can’t say this is a long-term plan.”

People in the region know that even property-owners can be expelled on short notice, AlKhanji explains. “Even as a HNWI in one of these countries, if the government decides to seize your assets, you can’t do anything,” he says. “You can’t consider a Middle Eastern country to be a safe destination for you.”

That’s why MENA’s millionaires are looking for alternative options, and are willing to invest in programs that offer them the mobility and security they currently lack, AlKhanji adds.

It’s important to avoid generalizing, or lumping all MENA investors together, warns Emara. “When you talk about the Middle East, it’s a huge territory,” he says. “These are big countries and big economies.”

Still, he adds, the region’s instability is undoubtedly leading many MENA investors to explore second-citizenship programs. “There’s lots of geopolitical issues,” Ahmed says. “It only makes sense that everyone wants to have a plan B.”