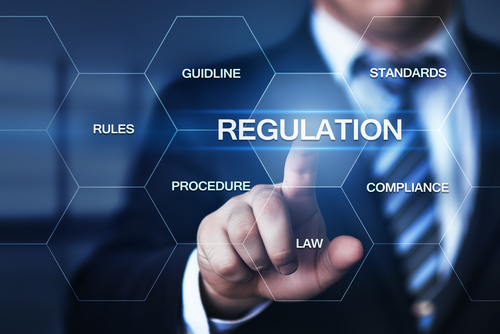 The U.S. Citizenship and Immigration Services (USCIS) has published a final rule that makes a number of significant changes to its EB-5 Immigrant Investor Program. The final rule will become effective on Nov. 21, 2019. This marks USCIS’ first significant revision of the EB-5 Program’s regulations since 1993. The final rule will have a significant effect on the EB-5 industry, including Chinese investors stuck in the EB-5 visa backlog. In anticipation of this Nov. 21 deadline, there will likely be a surge of filings because many individuals cannot afford the increased level of investment, and some EB-5 projects will not be able to complete their offering. The regulations appear to not adequately be designed to reform the EB-5 Program as a tool for economic advancement in the 21st century. Hopefully, Congress will pass additional updates prior to November.

Until then, here are five things to know about the new EB-5 regulations:

As of Nov. 21, 2019, individual states will no longer be able to designate certain geographic and political subdivisions as “high-unemployment areas”; instead, USCIS will make such determinations with the goal to ensure consistency and to more closely adhere to congressional intent to direct EB-5 investment to areas most in need. Starting Nov. 21, a TEA may consist of a rural area or census tract or contiguous census tracts in which the new commercial enterprise is principally doing business if the new commercial enterprise is located in more than one census tract; and the weighted average of the unemployment rate for the tract or tracts is at least 150 percent of the national average.

USCIS will allow certain EB-5 immigrants to use the priority date of an approved I-526 for a subsequently filed Form I-526, unless USCIS revokes the petition’s approval for fraud or willful misrepresentation by the petitioner, or if USCIS evokes the petition for a material error.

Reduction in the Chinese Visa Backlog?

The regulations are also amended to include the following changes:

• Clarifying the filing process for derivatives who are filing a Form I-829 petition separately from the immigrant investor.
• Providing flexibility in determining the interview location related to the Form I-829 petition.
• Amending the regulation by which the immigrant investor obtains the new permanent resident card after the approval of his or her Form I-829 petition because DHS captures biometric data at the time the immigrant investor and derivatives appear at an ASC for fingerprinting.
• Adding 8 CFR 204.6(n) to allow certain investors to remain eligible for the EB-5 classification if a project’s offering is amended or supplemented based upon the final rule’s effectiveness.
• Updating references at 8 CFR 204.6(j)(2)(iii) from U.S. Customs Service to U.S. Customs and Border Protection.
• Removing references to requirements that alien entrepreneurs establish a new commercial enterprise in 8 CFR 216.6.
• Removing references to “management” at 8 CFR 204.6(j)(5) introductory text and (j)(5)(iii);
• Removing the phrase “as opposed to maintain a purely passive role in regard to the investment” from 8 CFR 204.6(j)(5);
• Replacing the reference to the former Associate Commission for Examinations with a reference to the USCIS AAO.
• Amending 8 CFR 204.6(k) to specify how USCIS will issue a decision.
• Revising sections 8 CFR 204.6 and 216.6 to use the term “investor” instead of “entrepreneur” and to use the term “removal” instead of “deportation.”
• Removing references to “geographic or political subdivision” in 8 CFR 204.6(i) and (j)(6)(ii)(B).
• Providing clarification in 8 CFR 204.6(d) that the petitioner of multiple immigrant petitions approved for classification as an investor generally is entitled to the earliest qualifying priority date.