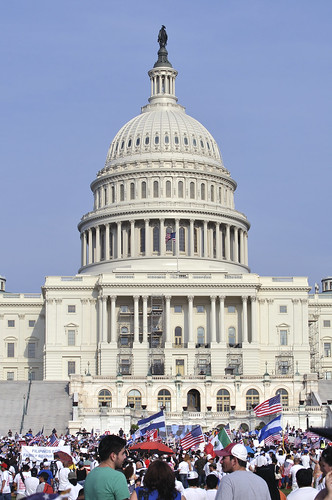 Much has been written about the EB-5 program, its successes and challenges and much has been reviewed and analyzed regarding the EB-5 program regulations, guidance, and stakeholder meetings. The heart of the program is the legislation that authorizes and structures it. Congress created the program in 1990 as part of the Immigration Act of 1990 (P. L. 101-649). The legislative goal of the program was to help stimulate the U.S. economy by giving foreign entrepreneurs who invest in a U.S. business the opportunity to permanently live and work in the U.S. It was also seen as good public policy to encourage investment and job creation in the U.S., and as an alternative to other investment programs similar to Canada and Australia. In 1993, Congress decided to further develop and augment the program by creating the Immigrant Investor Pilot Program, also called the Regional Center program. P.L. 102-395. This Pilot program has been extended many times, the most recent of which was in 2012 through September 2015. Public Law No. 112-176. This latest extension was passed without dissent by the U.S. Senate and by a vote of 412-3 in the House of Representatives. The bi-partisan support of the program shows the incredible policy support for this type of immigration policy.

After the temporary extension of the Regional Center Pilot Program in September 2012 through September 2015, Congress is poised to make significant changes to the EB-5 program through a major comprehensive immigration reform effort. President Obama has made immigration reform one of the most important domestic policy issues of his second term. Leaders in both the House and the Senate are working on bills with the goal of effectuating Comprehensive Immigration Reform this year.

On April 17, 2013, the Senate group referred to as the "Gang of 8" introduced a Comprehensive Immigration Reform bill. Eight Senators introduced the Border Security, Economic Opportunity, and Immigration Modernization Act of 2013 which includes pivotal changes to the EB-5 program. The business and immigration advocate community applauded the efforts of Senators Rubio, Flake, McCain, Graham, Schumer, Menendez, Bennet and Durbin, for the proposed changes that will benefit this important program which is a catalyst for job creation, foreign direct investment to the U.S., as well as a means of attracting leading international entrepreneurs and business people to the county.

The key EB-5 relevant provisions include:

Currently, the Senate Judiciary Committee is in the process of marking-up S. 744. This process will take several weeks. Amendments to be considered concerning legal immigration are beginning on the second day of mark-up and at some point; one such amendment change which will be watched closely is Senator Leahy's (D-VT) Amendment Number 2

This amendment was offered by the Senate Judiciary Committee Chair who is a major proponent of the EB-5 program. The amendment would make several key changes to the EB-5 program. As noted above, the base bill already proposes making the Regional Center program permanent. This amendment, if passed will codify current guidance, provide for expedited processing or applications, but also makes significant changes to investment amounts and introduce penalties for non-compliance with reporting requirements In particular, the legislation provides for:

Some concerning items include:

The House is also working on its own version of a comprehensive immigration reform bill. A gang of Eight Representatives—four Republican and four Democrat are working to craft legislation that will most probably include similar provisions to the base Senate bill. There are also separate immigration bills that are being worked on and will or have been introduced from members of the Judiciary Committee.