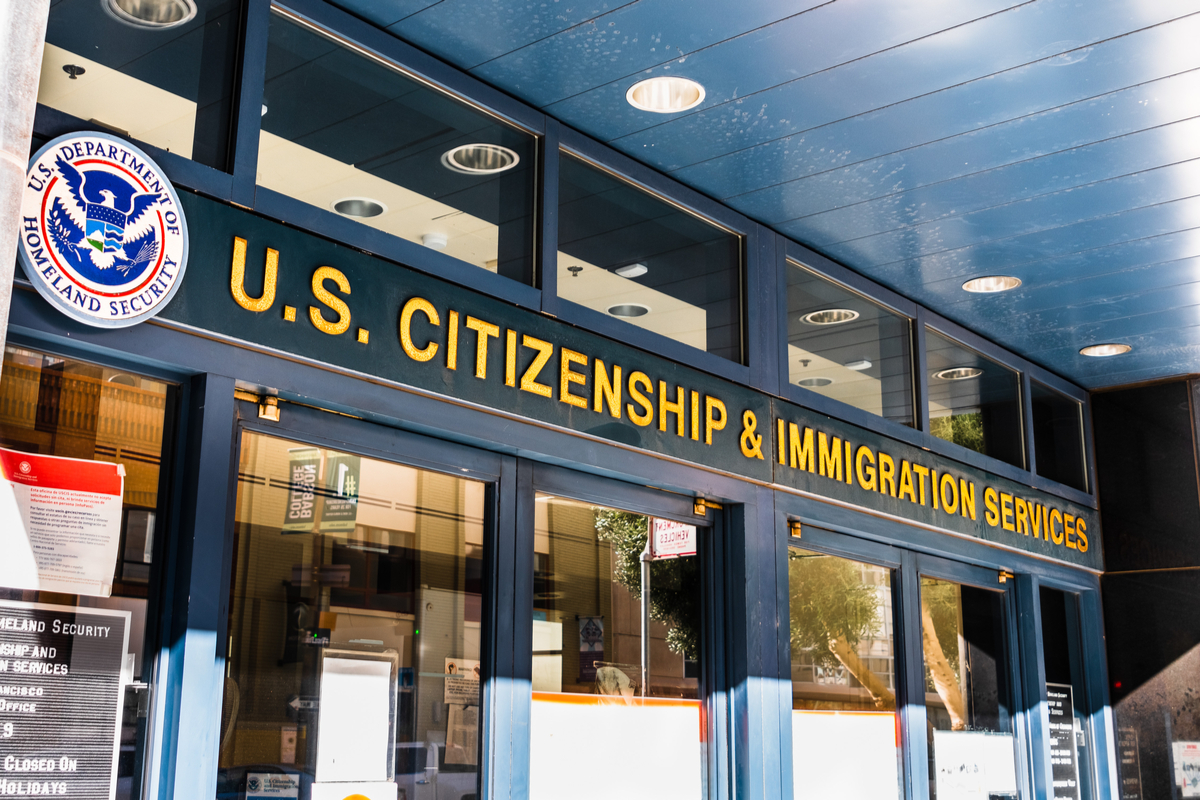 One of the most significant changes to the Regional Center program outlined in the new memorandum is the USCIS policy on filing an amendment application to a Regional Center.  The current Form I-924 used for Regional Center amendment applications provides a list of acceptable amendments, including: changes to organizational structure or administration, capital investment projects (including changes in the economic analysis and underlying business plan used to estimate job creation for previously-approved investment opportunities), and an affiliated commercial enterprise’s organizational structure, capital investment instruments or offering memoranda.  The new policy guidance, however, states that formal amendments to the Regional Center designation are not required when a Regional Center changes its industries of focus, its geographic boundaries, its business plans, or its economic methodologies. It further states that a Regional Center may elect to pursue an amendment if it seeks certainty in advance that such changes will be permissible to USCIS before they are adjudicated at the I-526 stage, but the Regional Center is not required to do so.

Thus, it seems that a Regional Center no longer needs to file amendment applications to take on projects outside its current industry designations or outside its current geographic scope.  Instead, USCIS will adjudicate these changes in the course of adjudicating the I-526 petitions for the alien investors.

Geographic Area of a Regional Center

The memorandum describes the benefit of each type of application.  If the Form I-924 projects are “hypothetical” projects, general proposals and general predictions may be sufficient to determine that the proposed Regional Center will more likely than not promote economic growth, improved regional productivity, job creation, and increased domestic capital investment. Thus, the business plan need not comply with Matter of Ho.  Determinations based on hypothetical projects, however, will not receive deference and the later filed Form I-526 petitions will receive de novo review.

According to USCIS, Form I-924 applications that are based on actual projects may require more details than a hypothetical project.  Determinations based on actual projects will be accorded deference to subsequent filings under the project involving the same material facts and issues.  This is a major change in adjudication standards.  USCIS previously would only give deference to an Exemplar I-526 approval, and in many cases, even an Exemplar I-526 may not receive deference when alien investors later filed Form I-526 petitions.  This new change should lead to more predictability in the adjudications of subsequently filed I-526 petitions.

Deference to Prior Decisions

One of the biggest changes outlined in the memorandum is the USCIS policy on deference to prior decisions.  The memorandum states that USCIS will not reexamine determinations made earlier in the EB-5 process and the earlier determinations will be presumed to have been properly decided.  Where USCIS has previously concluded that an economic methodology satisfies the requirement of being a “reasonable methodology” to project future job creation as applied to the facts of a particular project, USCIS will continue to afford deference to this determination for all related adjudications (Form I-526 filed by alien investors), so long as the related adjudication is directly linked to the specific project for which the economic methodology was previously approved.  For example, if USCIS approves a Form I-924 or Form I-526 presenting a Matter of Ho compliant business plan and a specific economic methodology, USCIS will defer to the finding that the methodology was reasonable in subsequent adjudications of Forms I-526 presenting the same related facts and methodology. However, USCIS will still conduct a de novo review of each prospective immigrant investor’s lawful source of funds and other individualized eligibility criteria.  Absent a material change in facts, fraud, or willful misrepresentation, USCIS should not re-adjudicate prior USCIS determinations that are subjective, such as whether the business plan is comprehensive and credible or whether an economic methodology estimating job creation is reasonable.  Again, this should lead to more predictability in the adjudications of I-526 and I-829 petitions.

The Use of EB-5 Escrow Accounts

USCIS further clarified that the use of foreign escrow accounts is not prohibited as long as the petition establishes that it is more likely than not that the minimum qualifying capital investment will be transferred to the new commercial enterprise in the United States upon the investor obtaining conditional lawful permanent resident status.  It is the burden of the investor to show the money was released to the new commercial enterprise at the I-829 stage.

The Use of Bridge Financing in EB-5

The new policy guidance gives definitive guidance on the use of bridge financing in EB-5 projects.  The guidance states that the developer or the principal of the new commercial enterprise, either directly or through a separate job-creating entity, may utilize interim, temporary or bridge financing – in the form of either debt or equity – prior to receipt of EB-5 capital.  If the project commences based on the interim or bridge financing prior to the receipt of the EB-5 capital and subsequently replaces it with EB-5 capital, the new commercial enterprise may still receive credit for the job creation under the regulations.

The memorandum clarifies that USCIS defers to state determinations of the appropriate boundaries of a geographic or political subdivision that constitutes the targeted employment area. However, for all TEA designations, USCIS must still ensure compliance with the statutory requirement that the proposed area designated by the state in fact has an unemployment rate of at least 150 percent of the national average rate.  For this purpose, USCIS will review state determinations of the unemployment rate and, in doing so USCIS can assess the method or methods by which the state authority obtained the unemployment statistics.  Acceptable data sources for purposes of calculating unemployment include U.S. Census Bureau data (including data from the American Community Survey) and data from the Bureau of Labor Statistics (including data from the Local Area Unemployment Statistics).

USCIS has provided additional guidance on the “at risk” requirement.  Specifically, if the investor is individually guaranteed the right to eventual ownership or use of a particular asset in consideration of the investor’s contribution of capital into the new commercial enterprise, such as a home (or other real estate interest) or item of personal property, the expected present value of the guaranteed ownership or use of such asset does not count toward the total amount of the investor’s capital contribution in determining how much money was truly placed at risk.

Restructuring or Reorganizing a Business

Job Creation at the I-829 Stage

The new policy guidance also discusses job creation at the I-829 stage.  The memorandum states that all of the goals of capital investment and job creation need not have been fully realized before the conditions on the immigrant investor’s status have been removed.  Rather, the regulations require the submission of documentary evidence that establishes that it is more likely than not that the investor is in “substantial” compliance with the capital requirements and that the jobs will be created “within a reasonable time.”  The memo states the “within a reasonable time” requirement permits a degree of flexibility to account for the realities and unpredictability of starting a business venture, but it is not an open-ended allowance.  Jobs projected to be created beyond that time horizon usually will not be considered to be created within a reasonable time, unless extreme circumstances, such as force majeure, are presented.  Thus, from a close reading of the new memo, it seems USCIS will limit “reasonable time” arguments to delays that were outside of the control of the investor and under “extreme circumstances.”

The final EB-5 policy memorandum adopts a liberal view on “material change for investors,” which is a very good development.  For investors who have not obtained conditional lawful permanent resident status, if the petitioner is asserting eligibility under a materially different set of facts that did not exist when the petition was filed but that exist at the time of adjudication, he or she must file a new Form I-526 petition.  Similarly, if, after the approval of a Form I-526 petition but before an alien investor has been admitted to the United States or adjusted his or her status pursuant to that petition, there are material changes to the business plan by which the alien intends to comply with the EB-5 requirements, the alien investor would need to file a new Form I-526 petition.

Historically, USCIS required a direct connection between the business plan the investor provides with the Form I-526 and the subsequent removal of conditions. USCIS would not approve a Form I-829 petition if the investor had made an investment and created jobs in the United States if the jobs were not created according to the plan presented in the Form I-526.   The memo states that in order to provide flexibility to meet the realities of the business world, USCIS will permit an alien who has been admitted to the United States on a conditional basis to remove those conditions when circumstances have changed. An individual investor can, at the prescribed time, proceed with his or her Form I-829 petition to remove conditions and present documentary evidence demonstrating that, notwithstanding the business plan contained in the Form I-526, the requirements for the removal of conditions have been satisfied. Pursuant to this policy, USCIS will no longer deny petitions to remove conditions solely based on failure to adhere to the plan contained in the Form I-526 or to pursue business opportunities within an industry category previously approved for the Regional Center.

According to the memo, USCIS will develop a mechanism for the Regional Center or the immigrant investor to notify USCIS when substantive material changes need to be communicated.