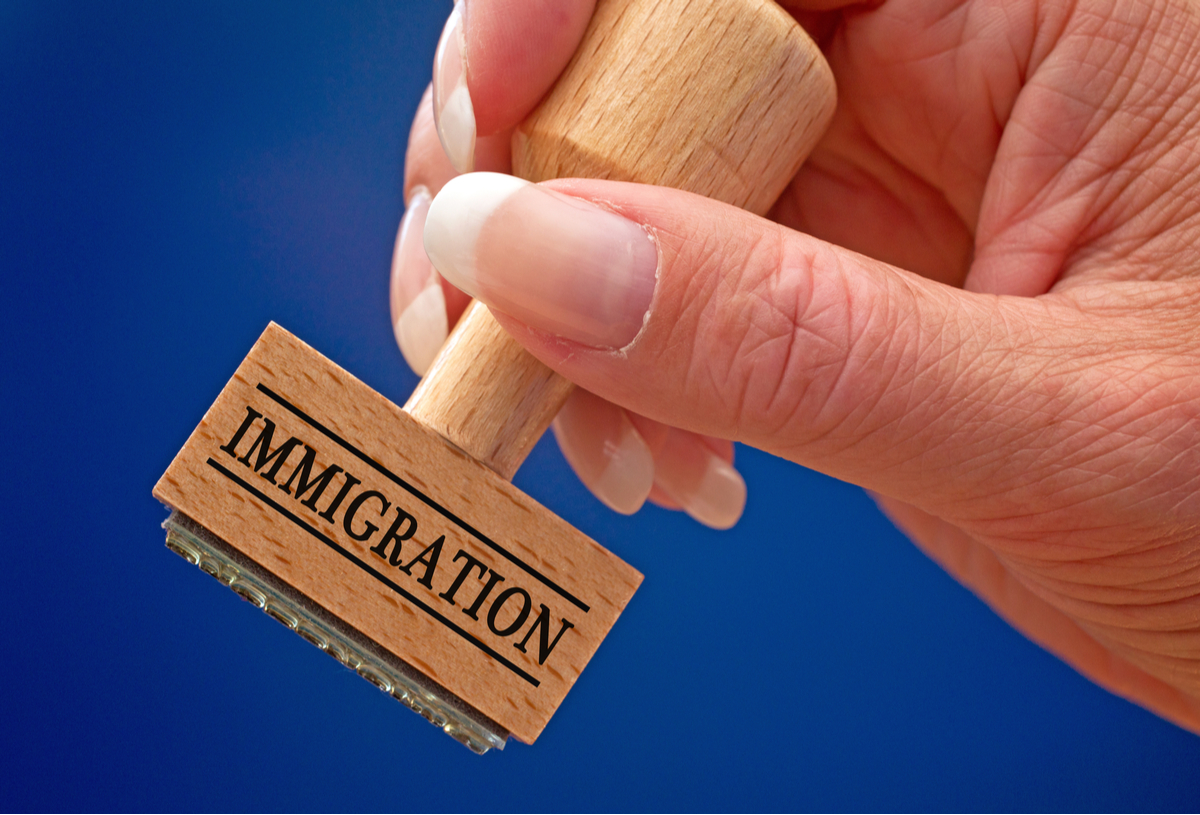 When an investor is analyzing whether to invest in an EB-5 project for his residency there are many issues to analyze.  Those issues can normally be classified into two (2) categories – business risk and immigration risk.  This article seeks to address the immigration risk in a loan model.[1]   After a brief introduction, I discuss the job creation mechanics, the job categories, the EB-5 capital component of the capital stack, and the job creation risks and effects.  Finally, I conclude that the safest jobs to rely on for the purposes of the EB-5 classification are indirect construction expenditure jobs.

Most investors and brokers advise that if a choice has to be made between (a) receiving permanent residency and some of the initial capital back, or (b) receiving all the initial capital back while not receiving permanent residency, the investor would choose “a.”  Given this reality, brokers, investors, developers, and EB-5 professionals should strive to maximize the possibility that permanent residency will be issued.  Most brokers and investors believe that the safest position for the NCE is the first lien position.  However, the author asserts that (except for limited circumstances) this first lien position actually creates a higher risk of permanent residency not being issued because of its underlying necessity to be a larger portion of the capital stack. A larger amount of EB-5 capital would require more jobs to be created to ensure that each investor fulfills the job creation requirements of the program.  The author asserts that, in most cases, the second lien position in the capital stack actually safer from an immigration perspective. The challenge here is that the business risk has inadvertently been given greater importance, when, by all accounts from the brokers and investors, the immigration interest is paramount.  The goal of this article is to explain why, for the purpose of maximizing permanent residency probability, the second position should be the first choice.  We first turn to the mechanics of job creation.

The EB-5 program is a job creation program that requires each investor to create 10 jobs through an investment of $1 million (reduced to $500,000 if located in a targeted employment area (“TEA”)).[2]  Thus, the most basic requirements are the investment of capital and the creation of jobs.  In the regional center context, there are direct jobs, indirect jobs, and induced jobs.  The creation of the jobs comes from two sources – construction and operations. Generally, hard construction costs and some soft costs can be utilized to show job creation for construction in the economist report.

Operational jobs are created by the business actually providing goods and/or services.  The process for proving that jobs will be created involves the developer or business owner providing the pro forma for the construction of the project and the pro forma income statement for the ongoing business.  The economist then takes these numbers and inputs them into an economic model[3] that computes the amount of jobs that will be created from the construction and the operations.  At this point, the project now has an economic report that explains how many jobs will be created by construction and operations based on the assumptions provided by the developer.  Each category of jobs is discussed below.

We next turn to the EB-5 capital component section.  Then, I analyze the risks of lower-than-expected job creation and its effects.

In the examples below, each project looked to determine how much EB-5 capital it could raise.  Unfortunately, the process is normally done in reverse – the amount of EB-5 capital desired by the developer is indicated, and then the economist attempts to make the analysis fit into the loan amount.  The construction budget and pro forma income statement are given to the economist, who prepares an analysis of all the jobs that will be created, based upon construction and operations.  At that point, the number of jobs is divided by 10 (because 10 jobs must be created per investor), which informs us of the total amount of investors possible.  Thereafter, the number of investors is multiplied by $500,000 (assuming the project is located in a TEA) and the total amount of possible EB-5 capital is revealed.  It is important to note that all jobs created by the JCE, regardless of what capital is used, can be counted for EB-5 purposes.  Thus, in the below examples, Project A could have 143 investors, or $71.5 million in EB-5 capital. Project B could have 15 investors, or $7.5 million of EB-5 capital. Below, the author analyzes what impact there would be if the project does not open, USCIS does not agree with portions of the economic analysis, or other unforeseen issues.

There is a perception that it is superior for the NCE (the entity into which the investor invested) to be in the first lien position.  Being in the first lien position requires a larger loan than being in second position.  Oftentimes when this occurs, riskier jobs, such as operational jobs, must be used toward job creation requirements (and sometimes direct construction jobs created by a more-than-two-year construction timeline). There are immigration risks when relying on the jobs from a two-year construction timeline and operations.  If USCIS does not agree with the two-year construction timeline, a large portion of the construction expenditure jobs will not be permitted to count.  Also, if the hotel does not perform as planned (i.e. a lower: (a) occupancy rate, (b) nightly average rate, or (c) restaurant sales), then the amount of jobs projected from operations will not be created.  This then causes a problem, because if the total number of jobs needed for the removal of conditions based on the number of investors is greater than the total created, at least one investor will not receive his permanent residency at the I-829 phase.  Below, I include two examples from EB-5 projects.  Project A counts operational jobs and construction jobs.  Project B counts only indirect construction expenditure jobs.

Project A – Hotel with a two year construction timeline

All figures calculated from unrounded numbers

Project A creates 1434 total jobs.  Of those, 342 jobs are from operations, and the majority of jobs are resulting from construction expenditures with a timeline of more than two years – counting all direct construction jobs.  If the timeline of two years were not accepted by USCIS, then only about 533 of the construction jobs would be allowable.[6]  If the hotel doesn’t open, none of the 342 operational jobs are created.  Therefore, there exists the possibility that the permanent residency will not be issued to one or more investors, and perhaps over 800 jobs would not qualify (half of the construction jobs and all operational jobs, if the hotel does not open). If project A subscribed 99 investors and it lost over 800 jobs (worst case scenario above), then there would be 559 jobs (533 from construction plus 26 from architecture and engineering) — only enough jobs for about 56 investors – resulting in a denial of at least 43 investors at the I-829 phase.  If the two-year timeline were not allowed, but the hotel operated as expected, then there would be 901 jobs – enough for 90 investors.  In this case nine investors would not receive their permanent residency.  Thus, there is a significant immigration risk to be analyzed.

Construction jobs are indirect and induced only

Project B will produce 150 indirect and induced jobs.[7]  Project B’s capital stack has a bank loan in first position and the NCE is in a soft second position.  From a business risk this may not be preferred, but from an immigration risk it is clearly preferred.  Since the EB-5 investors receive credit for jobs created by all qualifying construction expenditures, it is easy to see that, in the second position, most of the jobs are being created by the non EB-5 capital – in this case a bank loan. The reason Project B is preferred from an immigration risk perspective is that to prove job creation at the I-829 phase Project B must simply show that the money was actually spent as it was projected to be spent in the original business plan and economic analysis submitted with the I-526. If the developer spends more money than expected, then more jobs are created.  And, the author has yet to see a developer come in under budget, which, from an immigration perspective, is a good thing.  Thus, an investor can feel secure in knowing that even if the business never opens, the probability of having the conditions removed and receiving his permanent residency are very high.

The risk that project B presents to the investor is primarily business risk, as mentioned above.[8]  Therefore, the investor should perform due diligence on the developer and its track record, site selection, and the brand chosen by the developer.  While these are always factors to consider for any project, business risk due diligence is a greater concern for Project B because Project A, in a first lien position, is more insulated from business risk. Nonetheless, Project B clearly has the greater probability of immigration success, unless Project A had an approval of an actual Matter of Ho business plan and economic analysis, which most projects do not.

Immigration brokers and investors maintain that removal of conditions – receiving the permanent green card – is the single most important factor for the investor.  If this is the case, then both would be wise to rethink their current conclusion that the first lien position is safest for the investor. The author believes that these groups have inadvertently conflated the business risks and immigrations risks instead of separately analyzing each.  When one analyzes the immigration risk of a first lien versus a second lien, it becomes clear that, generally, the second lien position should be the first choice for the EB-5 investor when only indirect construction expenditure jobs are counted.

[1] The majority of EB-5 projects are the loan model in which the investor invests into the new commercial enterprise (“NCE”) and the NCE makes a loan to the job creating entity (“JCE”) – the project.  This loan is normally collateralized with either a first lien on the property or a soft second – a pledge of partnership interests.

[2] A TEA is defined as an area that either: (a) has an unemployment rate 150% of the national average or (b) is a rural area.  Most projects are located in TEAs.

[3] There are several different models.  A few are: RIMS II, IMPLAN, REDYNE, etc.  USCIS will normally accept these models and only challenge the inputs utilized and the assumptions.

[5] It is important to note that some developers will inflate the construction pro forma.  This is dangerous because if the monies are not spent on construction then the jobs will not be created.  So, a developer should be conservative in the total amount budgeted to be spent which is counterintuitive for a developer.  Normally, a developer is “conservative” by budgeting more for expenses and coming in under budget.  While this is positive from a business perspective, it could be very damaging from an immigration perspective.

[6] For sake of simplicity, if the timeline is less than two years about half the jobs are created.

[7] Not including 30 additional jobs from FF&E and architecture & engineering, which initially were not counted.  Thus, the total raise could be 18 investors or $9,000,000.

[8] For the investors that are concerned about business risk, I always point to the following example:  Would you prefer to be in a first lien position with Solyndra (that filed bankruptcy) or an unsecured position with Apple?  They choose unsecured with Apple every time.  And, that’s the point.  An investor can be very secure in the second position.