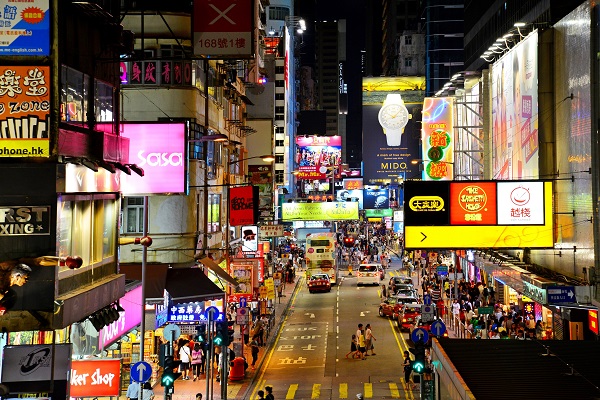 The EB-5 investor visa program has provided billions of dollars of foreign investment into the U.S. economy and created hundreds of thousands of jobs for American workers. In fact, the program is so popular that the countries that have historically utilized the program most frequently (China, Vietnam, and India) are now subject to visa backlogs, commonly known as retrogression. The visa backlogs have reduced the demand from investors in those countries because many are not willing or able to wait the significant lengths of time for a visa to become available.

However, one market that is demonstrating significantly increased interest in the EB-5 program is Hong Kong. There has been a steady increase in the number of inquiries from Hong Kong over the last 10 years. However, since the beginning of 2019, the market has seen an even more drastic number of Hong Kong nationals inquiring about the EB-5 program. In fact, nearly 30% of all of CMB’s investors from Hong Kong have invested in the past few months. Looking at overall visa statistics from the U.S. Department of State, the number of EB-5 visas issued to Hong Kong nationals has continued to climb over the past five years. In 2018, the DHS issued 183 EB-5 visas to Hong Kong nationals, compared to only 15 issued in 2014.

One of the main benefits for anyone looking to emigrate from Hong Kong through the EB-5 program is that there is currently no visa backlog for individuals born in Hong Kong. The U.S. Department of State considers Hong Kong separate from Mainland China for visa allocation purposes. Therefore, Hong Kong born nationals are not subject to Mainland China’s estimated 16-year visa backlog and may receive a conditional green card in a few years.

A multitude of factors likely explain the recent uptick in interest in the EB-5 program in Hong Kong, ranging from the visa backlog for Mainland China born investors, political unrest, parents focusing on their children’s education, and business and economic opportunities in the U.S. One popular motivation for many families throughout the world considering an EB-5 investment is to provide access to U.S. schools and universities for their children, which is also true in Hong Kong. According to a recent research study published by Hong Kong’s Research Council Secretariat, Hong Kong families are willing to spend significantly more of the family’s resources to put their children into advanced schools and universities. A U.S. education is considered to be many parents’ primary goal for their children and an EB-5 visa allows the family to achieve the dream of providing excellent educational opportunities for their children.

Additionally, because Hong Kong is one of the world’s largest financial centers, interest in immigrating to the U.S. is frequently motivated, at least in part, by a family’s finances and financial or business opportunities. This motivation may be exacerbated by the Hong Kong Stock Market’s (HKEX) recent volatile performance. Through April 2019, the HKEX was up around 17% percent on the year. However, since that time, the HKEX has lost all of its market gain and as of this date, is back to even for the year. In contrast, the U.S. has provided a great opportunity for investment since the end of the Great Recession and is currently experiencing the longest economic expansion in history.

Noreen Hogan is the President of CMB Regional Centers. Hogan runs the day-to-day operations of the company as well as implementing the strategic initiatives of CMB. Hogan has held previous positions as the vice president of company operations, project manager, and an economist. During 2015, Hogan, worked for CMB Swiss Co GmbH, as a deputy director of Worldwide Operations, establishing the company’s operations in Schaffhausen, Switzerland.  Prior to her employment with CMB, Hogan worked as a project manager for Discover Financial Services.  She holds a Master’s degree in Economics from the University of Illinois at Chicago and a B.A. in Economics from Augsburg College.