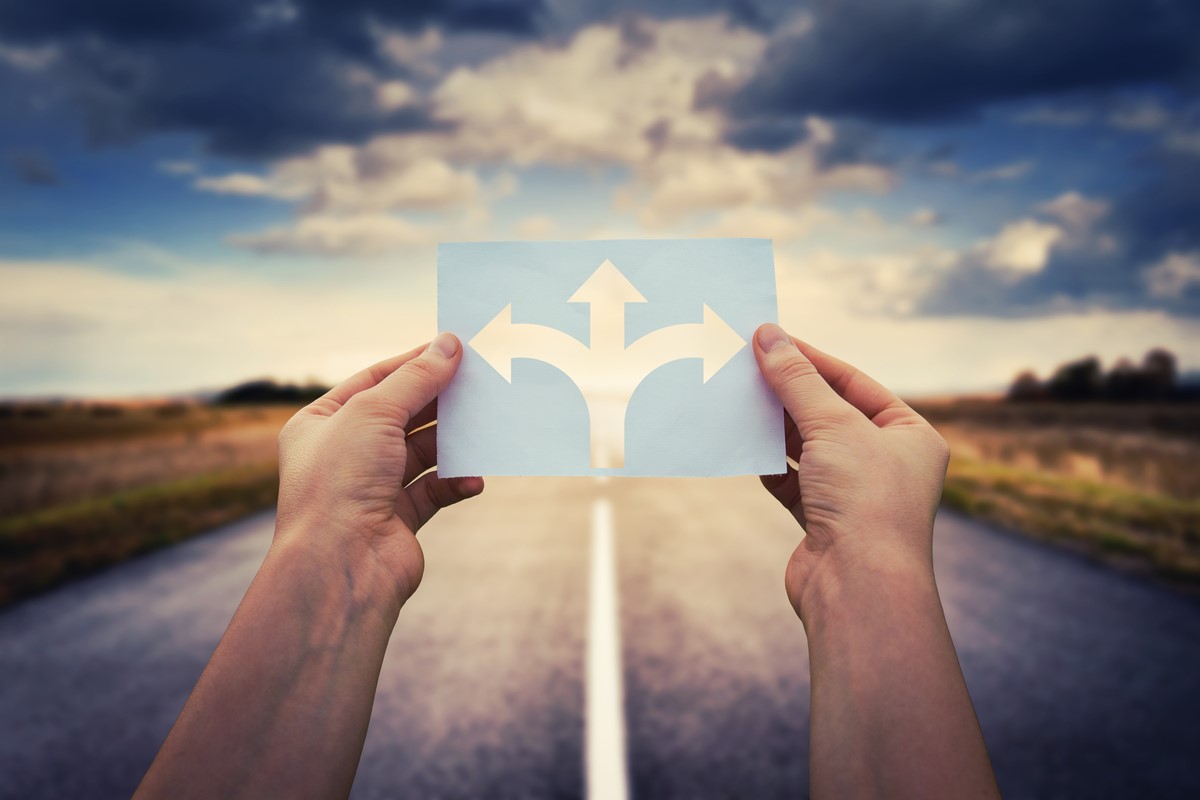 With the current EB-5 visa backlog dating back to September 2013, Chinese investors and entrepreneurs have begun looking for the most suitable avenue to obtain permanent residence in the United States. Although EB-5 is still the preferred program for Chinese investors, more and more are considering alternative choices. A popular alternative to the EB-5 is to obtain an L-1A work visa first, and then attempt to obtain an EB-1C green card. However, the EB-5 Program still remains the leading choice because of the benefits the program can provide to its applicants. The purpose of this article is to strengthen Chinese investors’ understanding of EB-5 and L-1A/EB-1C by comparing key factors of each, and presenting the advantages of the EB-5 Program.

EB-5 is based on the three following core elements:

The EB-5 Program is procedurally structured into two stages: the Form I-526 petition for conditional permanent residence, and the Form I-829 petition to remove conditions.

As most Chinese EB-5 applicants invest in regional center projects, they are expected to submit evidence of the following two critical requirements to the U.S. Citizenship and Immigration Services (USCIS) at the I-526 stage:

Within 90 days prior to the two-year mark of the investor obtaining conditional permanent residence, the Chinese investor will need to satisfy the following two requirements in order to receive his or her green card:

Core Elements of L-1A and EB-1C

L-1A is based on two core elements. The U.S. employer must have a qualifying relationship with a foreign company and currently be, or will be, conducting business as an employer in the United States and in at least one other country directly for the duration of the L-1A executive or manager’s stay in the United States.

If the Chinese investor who applies for L-1A plans to be an executive or manager for a new office or branch of the U.S. employer, the U.S. employer must prove they can ensure an adequate place of business to accommodate the new office.

The requirements for EB-1C are very similar to L-1A with one critical difference. Unlike L-1A, in which the executive or manager may come to the United States to work in a newly-established office, the Chinese investor may only qualify as an EB-1C executive or manager if he or she will be employed by a U.S. Petitioner/employer that has already been doing business for at least one year preceding the petition.

Both EB-5 and L-1A/EB-1C visas have appealing benefits. In order for the Chinese investor to make an informed decision on whether to obtain a green card through EB-5 or L-1A/EB-1C, they should first understand the costs and benefits of each option. It is important to note that, as an EB-5 investor, the Chinese investor will receive immigrant status and benefits (albeit with conditions) upon approval of the I-526 and completion of consular processing or adjustment of status. On the other hand, prior to being approved by USCIS as an EB-1C executive or manager and obtaining permanent resident status, the Chinese investor will only be admitted in the United States on a non-immigrant work visa. This is because most Chinese investors who choose to obtain a green card through EB-1C first arrive in the United States using an L-1A non-immigrant status before filing their EB-1C petitions; and EB-5 investors arrive in the United States with legal immigrant status. This article will compare benefits conferred between EB-5 and L-1A.

Secondly, long-term education benefits for EB-5 investors exceed benefits received by L-1A beneficiaries. At the primary and secondary levels, children of EB-5 investors may receive free public education (they may also attend for-profit private schools).  Many families apply for immigration when their children are very young in order to provide good education and better opportunities for them, and the benefits of permanent residency may extend from kindergarten to high school graduation. Children of L-1A beneficiaries are limited to a maximum of seven years of educational benefits deriving from L-2 status. If the L-1A beneficiary fails to extend the L-1A visa or fails to obtain an EB-1C green card, their children are no longer eligible to receive public education in the United States. The child’s status can indeed be replaced by F-1 student status, but L-1A beneficiaries and their children will be subject to substantial costs and burden. Tuition costs for F-1 high school students may well-exceed $120,000 per year in the United States. Additionally, being away from the love and care of family by remaining in the United States could substantially harm the well-being of the children and put them at unnecessary risk. This may however depend on the dynamics of individual families, and the cases cited here may not necessarily be representative of the norm. However, in a traditional Chinese sense, family involvement in a student’s life remains a crucial, powerful, and positive influence. One study shows that, of the surveyed mainland Chinese parents, 96.7 percent checked their children’s homework on a daily basis, 36.7 percent communicated daily with their children on school-related issues, and all of them signed their children up for extracurricular education[2]. This data indicates that the family often plays a very intimate and important role in the growth of the children in China.

EB-5 investors and their family members also have more employment opportunities than L-1A beneficiaries, since they have job market mobility. On the other hand, L-1A beneficiaries must work for the U.S. Petitioner in order to maintain lawful status in the United States for themselves and their family members. In addition, as permanent residents, children of EB-5 investors who later graduate from college do not need to worry about competing in the H-1B lottery for employment opportunities after graduation. For example, USCIS selected only 85,000 H-1B applications out of 233,000 (a mere 36.5 percent acceptance rate) in April 2015[7].

Now that we know EB-5 benefits greatly outweigh L-1A benefits for those seeking a permanent home in the United States, let us analyze the risks of each in obtaining a green card. In this section, we will analyze seven factors: (1) intent; (2) success rate; (3) consistency and predictability; (4) amount of investment and return of investment; (5) qualifications of Chinese investors; (6) personal and business realities of Chinese investors; and (7) the program timeline. Through an analysis and balancing of these factors, we discover that EB-5 is a more reliable and secure avenue towards permanent residency.

Whether EB-5 or L-1A/EB-1C is more suitable for Chinese investors largely depends on their intent. For most Chinese investors the primary intent is driven by personal desires, including providing their family members with education, living, and employment opportunities in the United States. As evidenced from USCIS’s May 2013 Policy Memorandum, the “EB-5 Program is based on our nation’s interest in promoting the immigration of people who invest their capital….” That is, the focus of EB-5 is to help Chinese investors contribute in their own way to the United States.

Unlike EB-5, L-1A and EB-1C are mainly used to “help eliminate problems now faced by American companies having offices abroad in transferring key personnel freely within the organization.”[9] Therefore, the original intent of the statute was to help U.S. businesses. Depending upon the company, it is fairly easy for an American company within the United States to provide the individual executive or manager with a U.S. work visa or green card. If Chinese investors cannot prove that they are needed in the United States to help oversee or manage a U.S. company’s ongoing business, then they will most likely not qualify for L-1A or EB-1C. Provided that most Chinese investors’ primary intent to immigrate to the U.S. is not to abandon their successful ventures in China, EB-5 is a perfect fit.

EB-5 has a Higher Success Rate

EB-5 adjudication has matured over the years and possesses consistency. This is evidenced by EB-5’s high approval rate, substantial number of new and pending I-526 and I-829 petitions (to the point of causing visa retrogression), and USCIS’s numerous stakeholder meetings and policy memoranda. In addition to the aforementioned approval rate, data shows 2,473 new and 13,117 pending I-526 petitions[15], as well as 765 new and 4,007 pending I-829 petitions[16] between April and June 2015. As a result of this continuous overflow of immigrant investors, USCIS has a plentiful amount of petitions to refine its EB-5 adjudicatory standards. In contrast, the above information demonstrates that there are comparatively less L-1A and EB-1C petitions and contain greater unpredictability in adjudication, increasing the possibility of disputes over legal materials and/or presented facts.

On the contrary, L-1A and EB-1C cases are reviewed based on the totality of the circumstances. In short, USCIS will review documents related to the U.S. petitioner, the Chinese parent, subsidiary, or affiliate company, and the individual qualifications of the L-1A or EB-1C executive or manager. There is a higher chance that USCIS may request for evidence or deny the petition given the broad scope of such review and the substantial volume of evidence provided.

A common argument in support of L-1A and EB-1C is that initial investment may be less than $500,000. To be sure, L-1A and EB-1C petitions involving less than $500,000 in initial capital have been approved; however, there is no guarantee that every Chinese investor may obtain a green card through EB-1C when the start-up or acquisition cost is less than that. In fact, if the U.S. company is not self-sustaining, it may very well require regular capital infusion from its Chinese counterpart or individual owners. Such capital amount may quickly exceed $500,000. If the Chinese investor is contributing such capital to his or her L-1A or EB-1C related company, there is a high risk that such capital will not be returned to the Chinese investor. In EB-5, the risks on return of investment, including when and how much of the Chinese investor’s principal may be returned, is much easier to predict, control, and mitigate.

EB-5 Qualifications are Easier for Chinese Investors to Satisfy

In contrast, L-1A and EB-1C executives or managers are expected to oversee the overall or day-to-day business of the U.S. Petitioner. As a result, the Chinese investor assumes greater risk and responsibility. Furthermore, by dedicating substantial time and efforts in the United States, the Chinese investor will incur substantial costs and risks in ensuring that his or her businesses in China continue to run smoothly and profitably. Therefore, EB-5 remains the more solid option for Chinese investors.

EB-5 May Be a Faster Route to Permanent Residency

In conclusion, EB-5 inherently possesses more benefits and less risk than L-1A or EB-1C and is much better positioned to serve the personal and entrepreneurial needs of Chinese investors. With that being said, Chinese investors who filed their EB-5 petitions or are waiting for visa quota to open up may consider coming to the United States in L-1A status in the interim. For more information, please consult an immigration attorney.

As the co-founder of the Cai and Cai Law Firm, Charlie Cai is licensed to practice in both Washington and New York State, and he obtained his Doctorate in Law at the Emory University. He specializes in immigrant and non-immigrant legal affairs, including EB-5 immigrant investors, green card applications for EB-1C multinational company managers, and H-1B vocational visa application. Fluent in Chinese and English, Attorney Cai has provided high-quality legal services for many clients.

[17] To be sure, the Chinese investor and family members will also need to satisfy other relevant laws and requirements, such as Securities Law, Immigration Law, Criminal Law, etc.