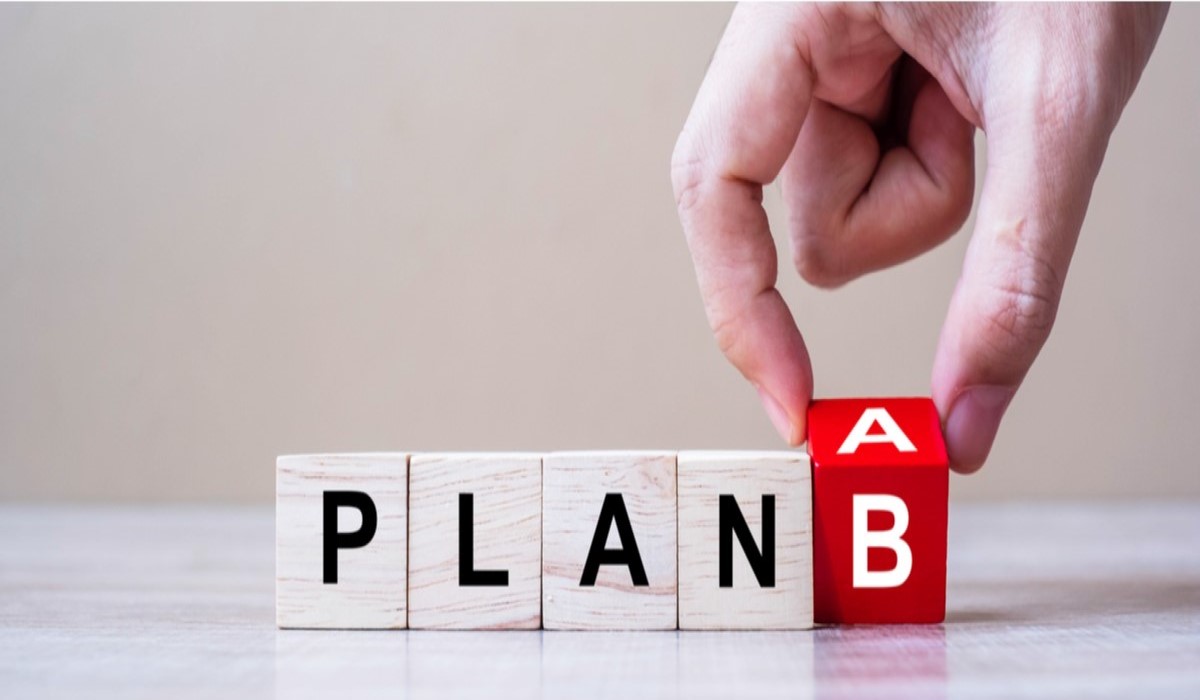 In the penultimate stanza of his poem, "To A Mouse," Scottish poet Robert Burns lamented that even the best-laid schemes of mice and men often go awry. The sentiment expressed in the poem is particularly appropriate in the EB-5 context, where even the most well-contemplated and well-intentioned business plans can (and often do) change.

United States Citizenship and Immigration Services (USCIS) recognizes the oft-unpredictable realities of the business world, expressly acknowledging that the “process of establishing a new business and creating jobs depends on a wide array of variables over which an investor or the creator of a new business may not have any control.”[1] However, USCIS takes business changes into account when adjudicating EB-5 applications and such changes can have profound effects on immigration outcomes.

The effect of business plan changes on an individual investor’s immigration status depends on: (1) whether the changes are “material”; and, if so (2) whether these material changes occurred prior to, or after, the investor attained conditional permanent residence in the United States. Although this article principally seeks to provide an assessment of USCIS’s position on the threshold “material change” inquiry, some discussion is warranted regarding the consequences of material changes to individual investors

The effect of changed business plans on an individual investor’s immigration status differs depending on when in the EB-5 process those changes occurred. For example, when material changes occur subsequent to the investor having obtained conditional resident status, USCIS will permit the investor to remove conditions notwithstanding the material changes, provided that the investment has been sustained and the jobs have been created. In this event, USCIS will not defer to any prior favorable approval, but rather examine the new facts de novo for compliance with regulatory requirements.[2]

Alternatively, if material changes occur prior to the investor having obtained conditional resident status–for example, during the pendency of USCIS’s adjudication of the I-526 petition or following the approval of the I-526 petition (but before approval of the I-485)–the agency requires the investor to file a new petition.[3]The agency’s position in this regard is principally based on its application of two Administrative Appeals Office decisions–Matter of Katigbak[4], and Matter of Izummi.[5]

In Matter of Katigbak, the AAO dismissed an applicant’s appeal of the denial of her petition for an employment-based, third-preference immigrant visa because she had failed to establish her eligibility for the benefit at the time of filing.[6] The AAO noted that, “Congress did not intend that a petition that was properly denied because the beneficiary was not at the time qualified be subsequently approved at a future date when the beneficiary may become qualified under a new set of facts.[7]

More than two decades later, in Matter of Izummi, the AAO expanded upon Matter of Katigbak’s general pronouncement that a visa petitioner must establish eligibility at the time of filing to state that a petitioner “may not make material changes to a petition that has already been filed in an effort to make an apparently deficient petition conform to Service requirements."[8]

Both Matter of Katigbak and Matter of Izummi described circumstances in which ineligibility ab initio was sought to be cured post-filing. However, in circumstances where the petitioner demonstrates his eligibility for an I-526 petition at the time of filing that petition, and continues to be eligible for that benefit, albeit under changed circumstances, Matter of Katigbak and Matter of Izummi should not control. Accordingly, USCIS’s reliance on these two decisions to justify the revocation of an approved I-526 petition if material changes arise prior to the investor’s admission as conditional permanent resident is arguably untenable.

When material changes to a business plan occur following the initial approval of an I-526 petition but before the investor’s admission as a conditional resident, a better policy posture from the petitioner’s perspective would be for USCIS to permit the filing of an amended I-526 petition reflecting those changes, which the agency can review for compliance with the applicable statutory and regulatory requirements. Permitting investors to file an amended, rather than new, I-526 petition in these circumstances not only would avoid prejudicing those investors with children who have “aged out” since the filing of the original I-526 petition, but also would be entirely consistent with USCIS’s treatment of material changes arising in other non-immigrant[9] and immigrant contexts.[10]

Materiality in the EB-5 context

The term “material,” and its doctrinal counterpart, “materiality,” arise in many different areas of substantive law, including immigration, securities, contract, and tort law. Although, at its core, the term “material” connotes importance and influence,[11] there is a surprising lack of uniformity among judicial and administrative bodies both with regard to the legal definition and the proper application of the term.

In the EB-5 context, for example, the concept of materiality is wholly absent from the governing statutory and regulatory provisions.[12] Furthermore, while materiality makes an appearance in the precedent decision, Matter of Izummi, this decision only articulated a general prohibition against making “material changes” to pending Form I-526 petitions in order to perfect apparent deficiencies contained therein, and did not put forth any workable, much less comprehensive, definition/standard of the term “material.”[13]

To date, the most complete articulation of materiality in the EB-5 context appears in the USCIS’s EB-5 Adjudications Policy Memorandum of May 30, 2013 (the “May 30 Memo”). In its discussion of deference to prior agency determinations, USCIS states that a “previously favorable decision may not be relied upon in later proceedings where, for example, the underlying facts upon which a favorable decision was made have materially changed.[14] In defining the term “material,” the agency invoked the standard articulated in Kungys v. United States, a U.S. Supreme Court decision that analyzed a materiality requirement in the context of judicial denaturalization proceedings.[15]

In Kungys, the United States sought to revoke Petitioner’s citizenship under 8 U.S.C. § 1451(a)[16] after it was discovered that, during the naturalization proceedings, he had misrepresented certain material facts relating to his date and place of birth, wartime occupations, and wartime residence. The question narrowed to whether the misrepresentations were “material” under the relevant statutes.[17] Justice Scalia, writing for the Court, determined that: (1) the same uniform definition of “material” that is typically applied in interpreting criminal statutes applies in the context of denaturalization proceedings; and, as such (2) the relevant inquiry was whether the statements had “a natural tendency to influence, or [were] capable of influencing, the decision of the decision-making body to which [they were] addressed.”[18]

Echoing Kungys, the May 30 Memo states that a “change in fact is material if the changed circumstances would have a natural tendency to influence or are predictably capable of affecting the decision.”[19] This standard of materiality, however, may not be entirely appropriate in the EB-5 context. Initially, it is arguable that Kungys’s definition of “material” is specific to judicial denaturalization proceedings, and does not extend to agency review of immigration petitions. Indeed, in postulating a definition of “material,” Justice Scalia expressed that, rather than permitting an “infinite variety of factual patterns that may emerge” to guide the question of materiality, it would be “safer in the naturalization context” to have the “central object of the inquiry: whether the misrepresentation or concealment was predictably capable of affecting, i.e., had a natural tendency to affect, the official decision.” The Court’s emphasis on adopting a uniform definition of “material” appears to be predicated, in large part, on its recognition that denaturalization cases present unique sets of circumstances that may not necessarily be present in other contexts.[20]

Moreover, it is arguable that the Kungys definition of “material” is applicable specifically to circumstances where the materiality of a willfully misrepresented or concealed factual statement is at issue, and not where underlying facts simply change absent any affirmative wrongdoing. For example, as noted in the May 30 Memo, changes to business plans can occur due to a “sudden lack of supply in required merchandise, an unexpected hurricane that devastates an area in which the new business was to be built, or a change in the market that the business is intended to serve.”[21] These types of changed circumstances do not result from any misconduct, and, more often than not, are outside the influence and control of the parties affected by said changes (i.e., individual investors). Thus, USCIS’s application of a materiality standard formulated, in essence, to assess the impact of criminal false statements seems particularly unhelpful in determining the significance of changes resulting from lawful, day-to-day commercial realities.

Even assuming, arguendo, that the Kungys definition of “material” is applicable in the EB-5 context, USCIS’s imposition of any static definition of the term, in-and-of-itself, may not be entirely appropriate. Typically, an evidentiary package supporting an EB-5 application or petition will include a variety of documents relevant not only to the project itself, but also to the offering and the contractual/financial arrangements. The terms and conditions contained in the offering documents, for example, are subject to the laws and regulations governing securities transactions, which, in turn, provide for a more distinct definition of the term “material” than that articulated in Kungys.[22] Consider a scenario in which a change to the offering is deemed “material” under the securities law, but the effect of that change on the project business plan is negligible for immigration purposes. The question becomes which standard of materiality should USCIS apply to determine whether the changes are in fact “material?”

In light of USCIS’s announcement that new EB-5 regulations may be on the horizon, there is an opportunity for the agency and stakeholders to cooperate on formulating a materiality standard that is both sufficiently flexible to comport with the realities of the business world, and that accounts for the truly multi-disciplinary nature of the EB-5 process.

[16] 8 U.S.C. § 1451(a) (providing for a certificate of naturalization to be revoked if it was “illegally procured” or was “procured by concealment of a material fact or by willful misrepresentation”).

[22] In the securities context, the Supreme Court has held that an “omitted facts is material if there is a substantial likelihood that a reasonable shareholder would consider it important in deciding how to vote.” See TSC Indus., Inc. v. Northway, Inc., 426 U.S. 438, 449 (1976).

Walter S. Gindin, J.D., is the In-house Immigration Counsel for CanAm Enterprises, LLC, and is responsible for developing and overseeing all aspects of the preparation of I-924 Applications and I-526/I-829 Petitions, as well as providing guidance on immigration law and policy to the company’s project development and client relations departments.