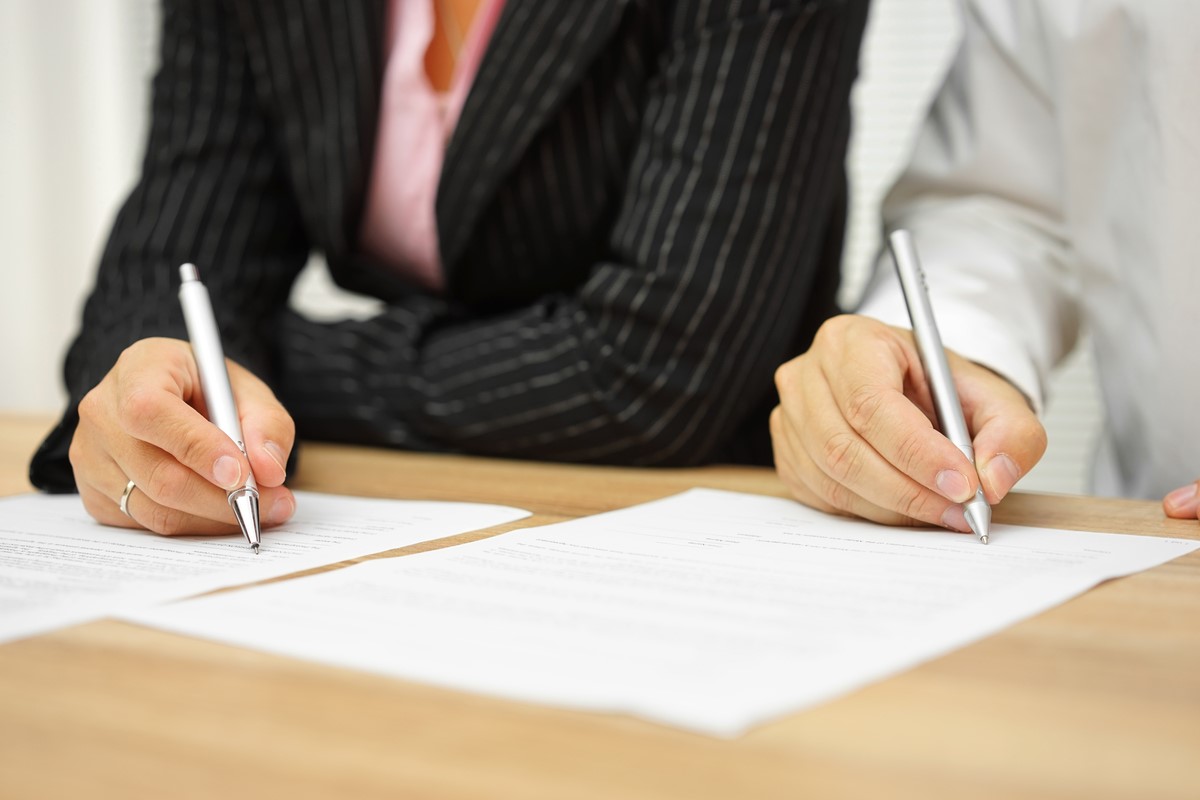 by Brandon Meyer and Elizabeth Peng

The following article is an outgrowth of a March 8, 2014 presentation before the Las Vegas EB-5 Conference entitled “Representing Parties in the EB-5 Process.” Moderated by Jeff Campion, co-authors Brandon Meyer and Elizabeth Peng, along with panelist Carlos Colombo, provided a brisk and thought-provoking overview of the issues facing immigration attorneys who choose to represent both EB-5 Regional Centers (or third-party project developers “renting” a regional center) and EB-5 investors in the same regional center (or project).

This article provides greater context regarding the risks to immigration practitioners when representing both a regional center (and its project developers) and the regional center’s individual EB-5 investors. While professional conduct rules permit dual representation, we will highlight why these risks, unless significantly mitigated, generally outweigh the benefits of dual representation.

The desire for dual representation

Existing professional conduct rules do not prohibit dual representation of a securities issuer and its investor in the same transaction.[1]However, it is precisely because the rules permit it that immigration practitioners should tread very carefully. Referencing the practice of securities counselors will likely provide valuable insight to the dangers of the dual representation approach.

Aside from maintaining professional relationships with existing clients, the lure of dual representation can result in a steady and lucrative income stream. This alone may be an overwhelming factor influencing an immigration practitioner seeking to grow her practice. Moreover, when it comes to representing both sides of the EB-5 investment, practitioners are often aware of the truism that, “if you don’t, somebody else will.”

However, at risk to the EB-5 practitioner is that a doctrinaire approach to MR 1.7[2] may actually result in the EB-5 practitioner losing regional center and I-526 work. Conflicting and competing interests between a regional center’s goals and the individual EB-5 investor’s goals are often omnipresent. The immigration practitioner must discern those conflicts in advance in order to determine if dual representation makes the most sense and mitigation is viable. In most cases, dual representation is not worth the risk

Conducting due diligence on clients

Discerning those competing interests requires the immigration practitioner to conduct due diligence on both parties. The process to vet the regional center client and the individual investor client differs greatly because each party’s goals and expectations differ.

Regional centers and project developers have one primary goal: secure the funds necessary to finance their projects. Their secondary goal is to ensure the funding is steady such that developments are completed. Perhaps their last goal is to repay investors once the project has been completed and generates revenue. The dangers of not setting clear expectations with regional center clients is that the immigration practitioner may find herself having to indirectly or unwittingly recruit EB-5 investors on behalf of the regional center.

On the other hand, EB-5 investors have a different primary goal: secure a permanent green card. This goal is typically so steadfast and overpowering that it can muddy an EB-5 investor’s ability to vet the soundness of a regional center project, notwithstanding their secondary goal of ultimately recouping their investment sometime in the future. Most EB-5 investors also bring with them valid, but sometimes misguided, expectations that the immigration practitioner will assist in conducting due diligence of the regional center’s business plans and projections. Practitioners who have not clearly addressed these expectations in advance will inevitably find themselves having to waddle through these conflicts when they arise during actual representation.

With these goals and expectations in mind, we will address how they affect the immigration practitioner in actual practice.

Advising on immigration issues can be difficult. USCIS policies are often unclear and frequently changing and are typically only revealed through the piecing together of a request for evidence (RFE) or a notice of intent to deny (NOID) parceled out among the EB-5 community. Couple this with average processing times—officially quoted at 13 months for I-526 petitions and 10 months for I-924 petitions—and it can be difficult for the EB-5 practitioner to really know what aspects of the regional center’s project or the EB-5 investor’s background contributed to a successful adjudication. The EB-5 practitioner can only rely on previously acquired knowledge of EB-5 rules and regulations, actual recent experience in the field, and information exchange among their colleagues. Everything else is mere guesswork.

To stay competitive, EB-5 service providers and project developers look for new and creative ways to differentiate themselves from an ever-growing field of competitors in response to the sluggish EB-5 processing times and the shell game of USCIS constantly changing the rules of engagement. In representing their regional center and project developer clients, the authors are increasingly seeing an expansion of service offerings by regional centers as a result. These additional offerings often arise at the urging of other practitioners, because competitors are employing them to raise untold amounts of funding in China, or simply because it seems that everyone else is doing it.

The problem with a following-the-herd logic is that it conflates profitability and reliability. Just because a project is selling does not mean that it will be approved by USCIS come adjudication time. Bluntly speaking, anything done today will neither succeed nor fail for at least one year based on USCIS processing times.

Practitioners should resist the temptation to be swept up in the herd of what the market is doing and instead, focus on taking a conservative approach grounded in logic based on their experience of what has been tried and true. Whatever trendy and creative approach is selling today may form the basis of a blizzard of USCIS NOIDs sometime in 2015.

While it can be difficult for regional center clients to accept the impossibility of predicting actual outcomes of the future, the reality is that the practitioner community will remain largely paralyzed in performing immigration due diligence unless and until USCIS adopts a regime of policy and regulatory stability, and returns to processing EB-5 matters expeditiously and consistently.

Advising clients on non-immigration issues in the context of EB-5 representation is the most problematic area for the EB-5 practitioner. Unlike EB-5 investors, most regional centers will have a team to prepare and conduct the necessary research and studies to propose a development project. The individual EB-5 investor, on the other hand, will likely turn to the immigration practitioner for guidance on all aspects related to securities, tax and finance.

The challenge for many EB-5 investors is that they are unfamiliar with even the basics of conducting due diligence on the soundness of a regional center’s business plan. Absent licensure and training in securities, tax and finance, the immigration practitioner will find herself in a precarious situation when advising an EB-5 investor on whether a particular regional center project will ultimately produce the 10 jobs necessary and be able to generate enough revenue to return their initial capital investment. The conflict of interest in this scenario is obvious. Can the immigration practitioner, who also represents the regional center, competently advise the EB-5 investor on the risks of investing in that particular regional center?

Moreover, unless the practitioner possesses the proper securities licenses, providing socalled investment advice on the particulars of an EB-5 project is not only challenging, but poses many professional liability risks since the EB-5 practitioner may not possess the full knowledge of corporate and securities law or modern finance and tax laws.

Mitigating this risk requires the practitioner to ally with qualified professionals to support their EB-5 practice. The savvy EB-5 practitioner may consider hiring an in-house “business and tax specialist” for the purpose of scrutinizing the business aspects of an EB-5 deal, for example. However, any in-house specialist providing investment or tax advice to EB-5 investors without the proper licensure should limit their advice to what questions the EB-5 investor should ask project developers in clarifying the terms and conditions of their deal. This would provide a value-added service to help EB-5 investors independently conduct non-immigration due diligence on a regional center project.

Multiple parties in EB-5 process: can clients waive the conflict?

EB-5 projects frequently include many parties: investor, new commercial enterprise (and occasionally outside principals), regional center (and its principals), project developer (and its principals), non-EB-5 investors, escrow agents, banks, migration agents, and so on. All would benefit from legal guidance, but there are limits on how many of these can be adequately represented concurrently by the same attorney. In many ways, the goals of all parties are aligned in that they all benefit if the project moves forward smoothly and successfully. Beyond that, however, some interests are in direct conflict.

Practitioners must carefully analyze whether the potential conflict of interest is actually waivable, because some are not. Of course, any such waiver should be explicitly spelled out and agreed to in writing by both parties. Even if the potential conflict might be waivable, immigration practitioners should carefully weigh the risks against the benefits. In many cases, a practitioner might actually end up better off by referring one party to other competent counsel, who may in the future refer similar work back.

Mitigating as much as possible

Unfortunately, in such a dual-representation role, the lawyer must choose between violating the duty of confidentiality to the regional center/project entity client or violating the duty of full disclosure to the investor. In such conflicts, the immigration lawyer may have no choice but to withdraw from representing both parties. In worst-case scenarios, the immigration attorney may find herself the unwitting party to an investigation by the SEC or FBI.

The time to stop such a cascade of trouble is before you accept the representation. Imagine the consequences that could result from joint representation gone wrong. If it would create vulnerabilities beyond what would normally occur in a denied petition, consider avoiding the combination altogether. While you may lose potential profit at this juncture, you may be saving yourself a lot more in the long run.

[1] According to the ABA’s Model Rules of Professional Conduct (M.R.) 1.7, there are exceptions to prohibition against dual representation when: the practitioner has “reasonable belief ” in competent and diligent representation to all parties; not prohibited by law; representing adverse parties in litigation; each client gives “informed consent,” in writing.

Brandon Meyer is principal of Meyer Law Group, a full-service immigration law firm specializing in EB-5 and other employment-based immigration matters, based in San Francisco, Calif.