How USCIS Can Improve the EB-5 Program

This article is not a recitation of the statutory and regulatory requirements of the EB-5 program. It is assumed that the reader is at least familiar with the basic requirements or where to find them in the Immigration and Nationality Act (Section 203(b)(5) and in the regulations (8 C.F.R. 204.6).

There are some things that work well in the world of EB-5 processing and adjudications; it seems that at least some of the leadership in the agency is committed to improving the program in terms of efficiency, integrity and predictability.

USCIS Director Alejandro Mayorkas is one of those leaders and he is an outspoken advocate of the program. He appears to be genuinely interested in engaging stakeholders, attorneys, project developers and others who work in this field daily, or who would like to do so. As the director has said, we need to improve efficiency, integrity and predictability in the EB-5 Program.

Here are three possible improvements (“program enhancements” in government speak) that can and should be implemented in those three areas. 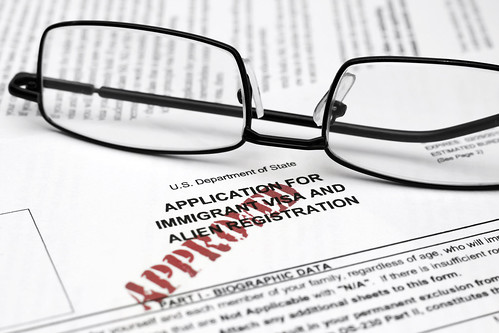 Efficiency: To make the EB-5 program more efficient, the USCIS needs to allocate the necessary resources to decrease EB-5 processing times. The latest processing time report from the California Service Center (“CSC”), which is the only office that processes EB-5 petitions, shows that it is processing I-526 petitions filed before March 16, 2012. This is unacceptable and it is, or should be, an embarrassment to the USCIS.

Prospective investors and developers have a hard time believing that I-526 adjudication will take a year or longer. On the same report, the shortest petition processing time at the CSC is two weeks for an extraordinary ability nonimmigrant and an athlete, artist or entertainer nonimmigrant. The longest processing time, not including I-526 petitions or immigrant petitions affected by immigrant visa number backlogs, is five months, for religious worker petitions, which require an actual site visit from a USCIS investigator or contract investigator on USCIS’s behalf. I-526 petition processing time must be reduced because it is incredibly unfair when compared with other types of petitions.

If the USCIS does not plan to implement premium processing of I-526 petitions any time soon, then it should take steps to ensure that the move later this year of EB-5 case processing from the CSC in Laguna Niguel, CA to the new EB-5 Program Office in Washington, D.C. results in expeditiously reaching its processing time goal of three months.

This goal will require hiring and training new adjudicators and authorizing whatever resource allocations will best work to quickly and dramatically reduce the wait time for adjudication of these petitions.

A truly efficient EB-5 Program has no room for taking over one year to adjudicate an I-526 petition.

Integrity: There have been news articles galore covering the EB-5 fiasco that resulted from a scam in Chicago. Such unfortunate events hurt the EB-5 Program in different ways. The USCIS suffered because it appeared as if the agency was unaware of the scale of the fraud and it was unable to protect investors and unable to protect the integrity of the program. The EB-5 stakeholders suffered because news of the scam reached potential investors quickly and spread like wildfire; some inaccurate and misleading information accompanied this panic, and it created further uncertainty and doubt in the minds of potential investors.

The reality in the EB-5 world is that such scams are quite rare, though they do exist. Most of the Regional Centers are either inactive or do not have current projects that they are promoting. The remaining established Regional Centers have good track records; they are not defrauding anyone, they have projects that at least comply with the EB-5 law and regulations, and they do not present any significant danger of someone running off with the money.

The USCIS and its Fraud Detection and National Security (FDNS) unit do a relatively good job in policing the EB-5 landscape. Also, the Securities and Exchange Commission is working in a cooperative arrangement to further protect the integrity of the EB-5 Program.

All parties involved, including the USCIS, EB-5 stakeholders, and the other U.S. government agencies involved, share a common interest in protecting the integrity of the EB-5 Program. The private bar, along with EB-5 associations, can do a lot of self-policing by monitoring the websites, the overseas marketing and other activities of their peers. The USCIS can do a better job of finding and stopping those “bad apples” that threaten the whole bunch of legitimate, creative, and successful projects promoting foreign investment and job creation in the U.S.

Predictability: Over the past few years, the USCIS has engaged in a curious and exasperating “hide the ball” exercise of policymaking through issuance of Requests for Evidence (“RFEs”). If not policymaking, then certainly the USCIS has not been forthcoming with respect to its policy or interpretation of the law and regulations on certain EB-5 issues. In some respects, this is not the agency’s fault; the EB-5 law and regulations are very generic and there are a lot of “gaps.”

Two major examples of this curious behavior are the concepts of “material change” and the “tenant occupancy” model of job creation. Other than causing many sleepless and restless nights for EB-5 practitioners and their Regional Center clients, it was not clear what the USCIS hoped to accomplish in this exercise. Instead of issuing a clear policy memorandum to the public, the USCIS would raise these novel issues in RFEs and leave petitioners and EB-5 counsel scratching their collective heads trying to figure what policy was behind the request.

Thankfully, this process seems to have subsided, or least tapered a bit, until the next hot button issue is raised in this manner. Hopefully, with the February 14, 2013 release of a draft EB-5 adjudications policy memorandum and the new USCIS Policy Manual, this trend will decrease or be eliminated and the USCIS can focus on more ways to improve predictability.